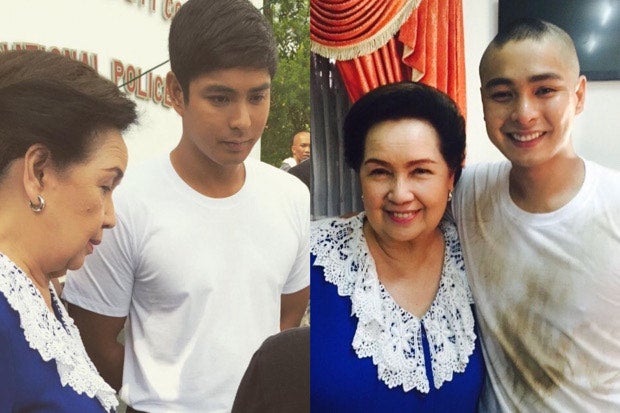 Coco Martin remembered Susan Roces, who was his Lola Flora in “FPJ’s Ang Probinsyano,” as he marked the seventh year since they started the long-running TV series.

The actor showed snaps of himself and Roces during the taping of the action-drama TV series, via his Instagram page last Sunday, May 29. The photos appear to be scenes from when Martin’s character Cardo Dalisay was just training to become a police officer.

Martin also reiterated his vow to keep her memories with him, which the actor enumerated in his eulogy during the wake for the veteran actress.

(You will forever be in our hearts. Thank you so much. Be happy and free in the company of our Lord.)

Roces, dubbed as the “Queen of Philippine Movies,” passed away on May 20 due to cardiopulmonary arrest. She was laid to rest last Thursday, May 26, at the Manila North Cemetery beside Fernando Poe Jr.’s tomb.

Susan Roces refused family’s wish to see doctor before passing: ‘This time, I’ll think of me’