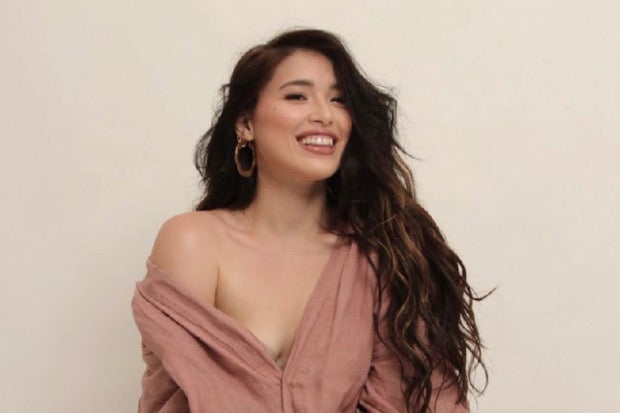 Kylie Padilla opened up on the status of her love life and disclosed that she is now dating someone, almost a year after her breakup with actor Aljur Abrenica was confirmed to the public.

The actress made the revelation after she was asked by GMA TV anchor Nelson Canlas if she is currently dating, as per an episode of his “Updated with Nelson Canlas” podcast on Thursday, May 26.

“You said before [na] ready kang ma-in love. The exact words that you said are, ‘Ang sarap kaya ma-in-love.’ How was it so far sa ‘yo? Are you dating?” he asked.

(You said before that you are ready to fall in love. The exact words that you said [were], “It feels good to be in love.” How [has it been] so far for you? Are you dating?)

Padilla added that she is ready to have a blended family as it is something she is “familiar” with, but noted that her getting married again is not happening anytime soon.

Padilla also looked back on the relationship she had with Abrenica, particularly the time leading to their separation.

“[Back then] ramdam ko na na there was a distance forming between us. Parang alam ko nang nagpupunta na [do’n] and it came to a factor na I should be alone because I had been alone even if I had a partner and ang sakit na,” she recalled. “Syempre as a mom, ayaw mo namang mangyari ‘yon but sometimes, maybe you need to do that to find your inner strength and [para] magkaroon kami ng respeto outside of being a married couple.”

(I already felt back then that there was distance forming between us. I somehow knew that it would eventually lead to that and it came to a factor where I should be alone because I had been alone even if I had a partner, and it really hurt. Of course, as a mom, you don’t want that to happen, but sometimes, maybe you need to do that to find your inner strength, and also for us to have respect outside of being a married couple.)

Although she admitted that she struggled with anxiety at the time, she stressed that she and Abrenica have already patched up their differences and they are now on good terms.

(We’re friends, we’re already good. Surprisingly, everything turned OK in a year. In time, it naturally evolved, including him, so it makes me happy.)

Kylie and Abrenica’s separation was confirmed to the public by her dad, newly-elected senator Robin Padilla, in July last year, who said that the breakup was due to a supposed third party. The couple had been the subject of controversies after Abrenica insinuated that Kylie cheated on him, while the actor was being linked to actress AJ Raval.

Abrenica and Raval were eventually spotted together in multiple occasions, with Raval promising fans that she would let them know once they become “official.” JB

Kylie Padilla no regrets over past relationship: ‘We made two angels together’