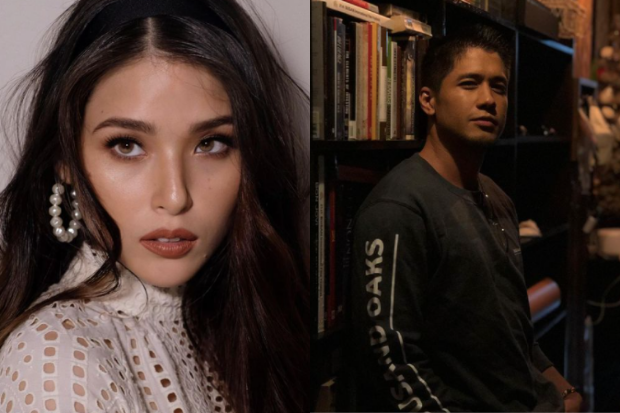 Kylie Padilla has denied that she cheated on her estranged husband, actor Aljur Abrenica, after he broke his silence on their separation.

Abrenica appeared to have insinuated that Padilla cheated on him when he urged her last Tuesday, Oct. 19, to “tell them who cheated first.” The actress addressed these cheating allegations in an exclusive interview with broadcaster Jessica Soho for “Kapuso Mo, Jessica Soho” yesterday, Oct. 24.

“In my defense, while we were formally married, I never had any extramarital relationships with other men. That is my truth,” Padilla told Soho. “Okay sana kung ginawa ko eh. I would say ‘I’m sorry,’ pero hindi talaga and that’s what they kept throwing at me. Paano ako aamin sa isang bagay na hindi ko naman ginawa?”

(It’s okay if I really did it. I would say “I’m sorry,” but I really didn’t and that’s what they kept throwing at me. How could I admit to something that I didn’t even do?)

According to Padilla, she could not have had time for an affair because she was breastfeeding their second child.

“Medyo nagulat din ako (I was quite shocked too). It’s unfair if I don’t have a say because I was part of the marriage,” she explained.

“I know my truth, I know what I went through and I know what he went through. Ang alam ko lang parehas kaming hindi masaya (The only thing I know is that we were both unhappy),” Padilla added.

On speculations that actor JM de Guzman was involved in the separation, Padilla said they only laughed it off. When asked about other women linked to Abrenica, she said there were three women who were indeed romantically linked to him, though she did not elaborate on the matter.

Meanwhile, AJ Raval confirmed earlier this month that she and Abrenica are “getting to know” each other. Padilla admitted she wanted to talk to Raval because she has been on the receiving end of bashing in the past.

“I wanted to talk to her, to help her out on how to handle it para maiwasan lang yung nangyari ngayon (so we could avoid what is happening right now). But my help is not being asked so I will not give it,” she told Soho.

Padilla also stressed that she decided to separate from Abrenica because of their children, apparently to keep them away from some “episodes.”

“They witnessed some of it the last few months of our marriage, which is also isa sa mga dahilan kung bakit nag-choose ako to end it na lang. Gusto ko nang iwasan na tumagal na nakikita nila ‘yun because I don’t want them to think na normal ‘yun sa isang relasyon,” she said.

(They witnessed some of it the last few months of our marriage, which is also one of the reasons why I chose to just end it. I did not want it to last any longer and for them to be further exposed to it, because I don’t want them to think that’s normal in a relationship.)

Kylie’s father Robin Padilla confirmed the separation of the two last July. He also said the split was caused by a third party.

According to Abrenica, the story told by his father-in-law was “one-sided” but he maintained his silence due to a supposed agreement with Kylie. JB