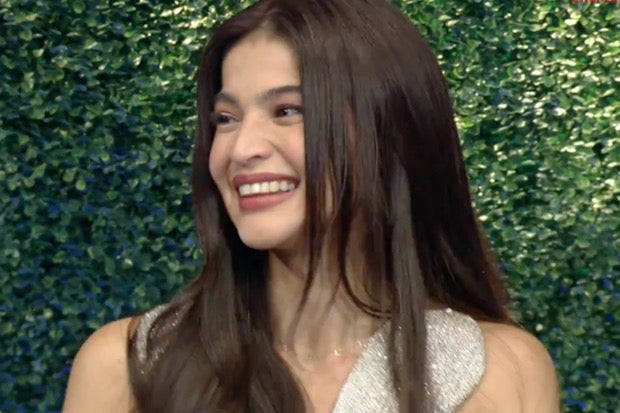 Anne Curtis marked her “It’s Showtime” comeback with a live performance of Ariana Grande’s “Break Free,” where she was not able to control her nervousness and asked for a second take.

The actress sang a few lines of the song before pausing and shouting, admitting that she feels nervous at the time, as seen in the noontime show’s episode on its Facebook page yesterday, May 28. Her fellow hosts Vhong Navarro, Jugs Jugueta and Amy Perez then quipped that the performance was being taped while advising Curtis to relax.

After delivering the whole performance, Curtis expressed her joy and gratitude for her comeback and described it as a “new experience.”

“I’m really so happy to be back,” she said. “I just want to say sorry, I’m still rusty. Medyo rusty pa ako ngayon because of my performance earlier. Parang it will take a while again to get back into the groove kaya pagpasensyahan niyo na po, madlang people.”

(I just want to say sorry, I’m still rusty. I’m still a bit rusty because of my performance earlier. I feel like it will take a while again to get back into the groove so please bear with me, people.)

Curtis then got emotional while talking about the support she gets from her “It’s Showtime” family, as well as her excitement of being part of the show again after her over two-year hiatus.

The actress temporarily left “It’s Showtime” when she took a break from show business in December 2019. This was months before she gave birth to her daughter with celebrity chef Erwan Heussaff, Dahlia.

Meanwhile, Curtis is set to have her comeback concert “Luv-ANNE” on June 11 at the Newport Performing Arts Theater in Resorts World Manila. JB