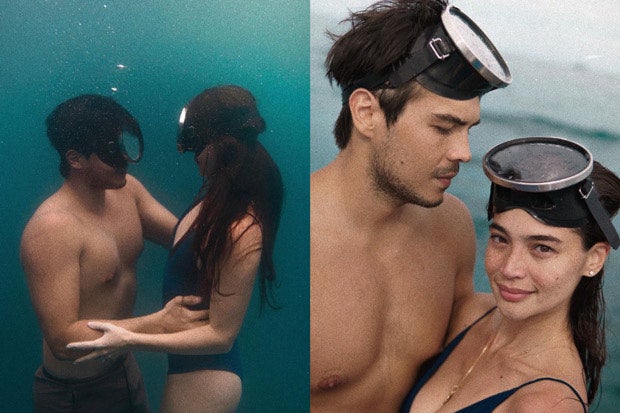 Anne Curtis treated fans to more snaps of her Bohol trip where she went on a freediving session with her husband, celebrity chef Erwan Heussaff.

The couple posed beside an old and wrecked plane under the sea, as seen on photographer and freediving instructor Mark Zapanta’s Instagram page yesterday, May 18.

Curtis also reposted the photo while admitting that she had a bit of a hard time controlling her breathing, as per her Instagram page today, May 19.

“Morning dip. Next time, I’ll make it all the way down to the [plane] in one breath. Di na kinaya ng Dyosabel powers ko (My Dyosabel powers could not handle it anymore),” she said, a play on her roles in her 2008 and 2014 TV series “Dyosa” and “Dyesebel.”

In Bohol, Anne and her sister, actress Jasmine Curtis, also reunited with their brother Thomas James who is based in Australia. Anne and Heussaff’s daughter Dahlia was also with them as the mother and daughter took a trip to Chocolate Hills.

Earlier this month, the three of them also had a beach trip in an undisclosed location, where Anne showed off her toned abs and slim physique. JB

LOOK: Anne Curtis shows off toned abs at the beach