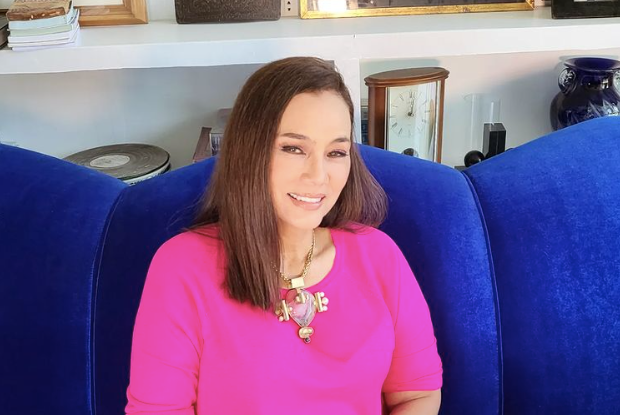 OPM singer Kuh Ledesma encouraged Filipinos to pray for the country’s leaders as she assured that God is “in control” amid the results of the May 9 elections.

Ledesma, who was among the celebrities who campaigned for Vice President Leni Robredo and Sen. Francis “Kiko” Pangilinan, admitted she was saddened by the results of the polls, as seen on her Instagram page yesterday, May 18.

Both Robredo and Pangilinan fell behind in the Commission on Elections’ partial and unofficial count of votes. Presumptive president Ferdinand “Bongbong” Marcos Jr. has garnered the majority votes at 31.09 million as of Monday, May 16.

Despite this, Ledesma believes one should not remain sad for long.

“[We] will fight fire with fire? No. Surrender them all to God and just pray. Ikaw na bahala Diyos sa kanila (God, take care of them),” she added.

During her thanksgiving event last Friday, May 13, Robredo told supporters to accept the majority’s choice for president, though she stated that her and Pangilinan’s “data teams” have been monitoring the vote counting.

The Vice President reiterated to her supporters the message she said after initial partial and unofficial results from Comelec came in—that they should not be the reason for divisiveness in the country.

In the said thanksgiving event, Robredo also announced that her office’s anti-poverty program “Angat Buhay” will be turned into a non-government organization to be launched on July 1.  /ra