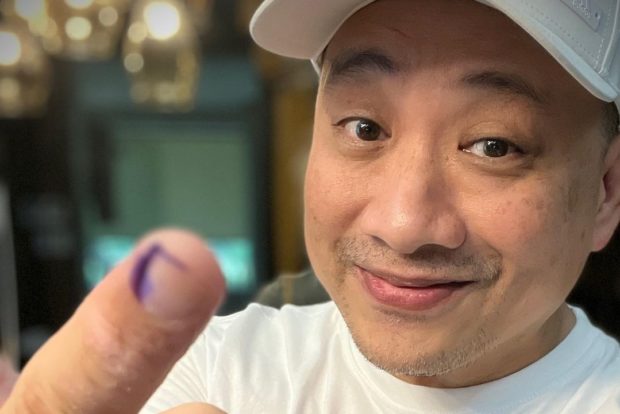 Michael V. has expressed his thoughts on the May 9 elections as he seemingly confirmed the candidate he had voted for.

The comedian talked about accepting the results of the elections in his poem, as seen on his Instagram and Facebook pages today, May 13. He also posted an artwork seemingly showing red spattered on a white background.

Red is the campaign color of presumptive president Ferdinand “Bongbong” Marcos Jr., while pink is associated with the campaign of presidential candidate Vice President Leni Robredo.

“Lahat kayo na bumoto at nagluklok sa kanya sa trono. Kayo ang boses ng Pilipino kaya mananahimik na ‘ko,” Michael V. added. (All of you who voted for him and put him on the throne. You are the voice of Filipinos, so I will keep quiet.)

In his poem, Michael V. also discussed being in show business and how he does not want to enter politics.

“Wala akong ambisyon na mamulitika. Baka manalo lang ako, hala, naloko na!” he said. (I have no ambitions of being in politics. I might win, wow, crazy!)

While he apparently did not get his desired election results, Michael V. stressed that he will not be “blind” and will keep an eye on those who were voted by the public.

(All who wanted this will get this exactly. But I am not blind and I have two eyes: one for the nation and one for you. I will follow the government, though I did not vote for you.)

Fellow celebrities Rochelle Pangilinan, Miriam Quiambao, Manilyn Reynes and Chynna Ortaleza were among those who lauded Michael V. for his poem. They sent him clapping and raised-hands emoji. 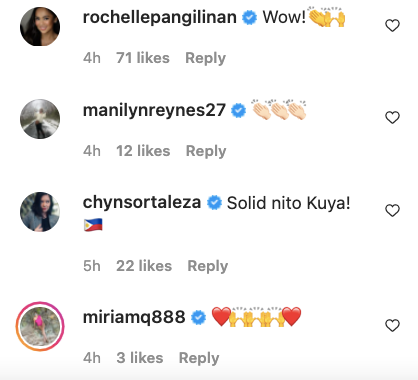