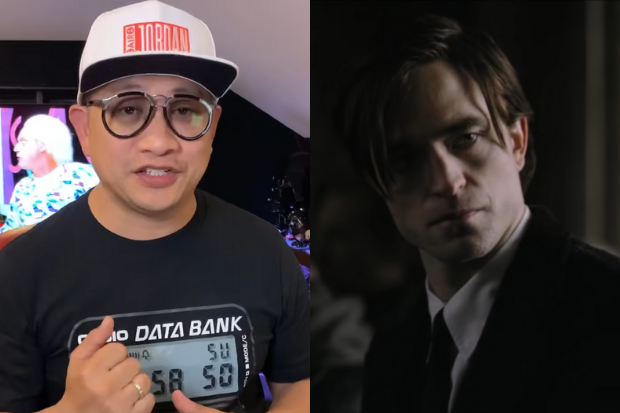 Michael V. has lauded “The Batman” actor Robert Pattinson for his “scary” and “refreshing” version of the Dark Knight in the recently released DC film.

The comedian described Pattinson’s version of the character as “scary” while saying the film felt “very grounded,” as seen on his Instagram page today, March 9.

“The movie is very grounded. Very commendable effort to make it realistic,” he said.

Michael V. added that Batman’s gadgets in the film can “pass as believable” and even the Batmobile looked frightening.

“Both Batman and The Riddler are scary. Even the Batmobile is scary! Especially ‘pag sa movie theater mo pinanood (Especially if you watch it in a movie theater)!” he added.

Michael V. then dropped a hint related to Adam West’s version of Batman, also noting that while “The Batman” does not have an end credit scene, it does have a “joke” at the end.

Michael V. described “The Batman” as “not your usual superhero movie.” He also recalled the “maturity” of the themes in his comic books in the past, and how it was what the movie delivered.

For him, “The Batman” is “highly recommended” to fans of the character and could be a good start to what he hopes is a new trilogy.

“Great job Battinson! Sana lang next movie, magpagupit na si Bruce Wayne (Hopefully Bruce Wayne gets a haircut in the next movie),” he quipped, referring to Pattinson’s version of Batman.