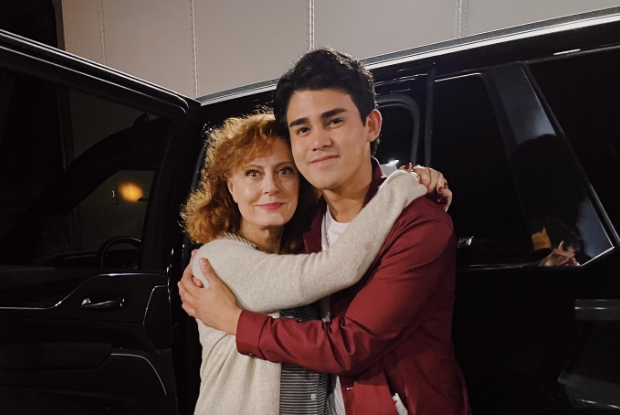 Iñigo Pascual looked back at his audition for the Hollywood musical drama “Monarch,” in which he now stars with the Academy Award-winning actress Susan Sarandon.

The actor-singer, who plays the 18-year-old Ace Grayson in the series, admitted he initially did not want to audition for “Monarch.” He said this in his conversation with celebrity doctor Vicki Belo, for the latter’s YouTube vlog today, May 19.

“It came out of nowhere. I wasn’t planning on auditioning at all. I was like, ‘I’m not gonna do it because I’m not gonna get it,'” he narrated.

Pascual was eventually convinced by his team to try for the role. They assured him that if he did not get the role, he would still have his career in the Philippines.

“I did it (audition), I was two weeks late for the audition and then I was in the top four after the audition. Then we did the callbacks. After two days, sabi nila (they said),  ‘In a month’s time, you’re gonna have to move to Atlanta,'” he recounted.

Pascual also expressed excitement for his first “American project,” especially since his character is a Filipino.

When Belo pointed out that Pascual stars in the series with Sarandon and described her as “wonderful,” the actor agreed with a laugh.

“Monarch” follows the story of a “country music dynasty” in Texas, the Romans, headed by Dottie (Sarandon) and her husband Albie (Trace Adkins). Pascual’s character Ace is the adopted son of Nicky (Anna Friel) and grandson of Dottie and Albie.

The series is produced by Fox Entertainment. It will premiere in late 2022, as per a release by the network.  /ra