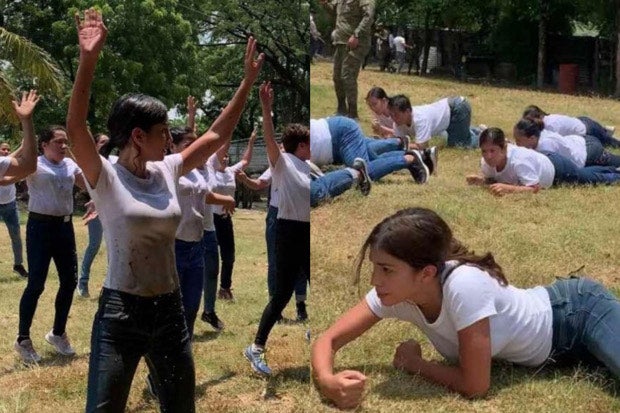 Nathalie Hart has taken her first step to become an army reservist as she is now undergoing Basic Citizen Military Training (BCMT).

The actress began her training last Sunday, May 15, at the National Capital Region Regional Community Defense Group headquarters, as per the official Facebook page of the Philippine Army’s Reservist and Retiree Affairs Administrators on Monday, May 16.

“Female celebrity Ms. Nathalie Hart will have to undergo said training for her to become an Army Reservist. BCMT is a 45-day training that is conducted for those interested civilians who want to join the Reserve Force,” it said.

In one of the photos, Hart can be seen crawling on the ground along with her fellow female trainees. She also did jumping jacks as part of the training exercises while her clothes were stained with dirt.

Meanwhile, other women celebrities who have undergone reservist training include Arci Muñoz and Geneva Cruz. JB