Anne Curtis to take a break from ‘It’s Showtime’ 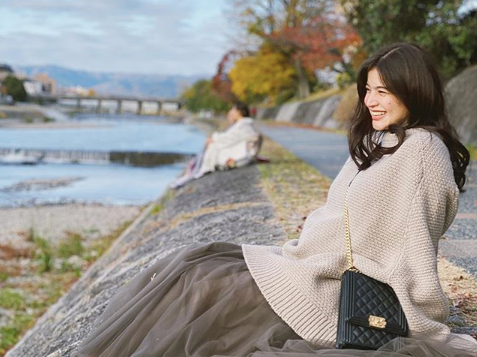 Actress Anne Curtis announced that she is about to take her maternity break from the noontime show “It’s Showtime” after today’s episode.

The soon-to-be mother will be missing from the TV show for a few months in anticipation of her child’s birth. Curtis got emotional when she said the news on her Instagram Story today, Dec. 23.

“It’s going to be a very bittersweet episode,” Curtis said.

She also gave her warmest regards to her Twitter followers and she acknowledged people’s well-wishes on her pregnancy.

“Naiiyak na ako na ewan (I feel like crying, I don’t know),” Curtis said. “But I know you guys understand why and are all happy for this new chapter in my life.”

Making my way to ABS.
Last episode of Showtime today before I say goodbye for a few months ❤️

But I know you guys understand why and are all happy for this new chapter in my life. 😭

Curtis and her husband, chef and vlogger Erwan Heussaff, announced that they are expecting a baby girl during their baby shower last week.

The couple dressed in all-white while they beamed at each other. Pink-colored smoke also surrounded the couple.

Curtis is expecting to deliver her child in March 2020.

Meanwhile, the actress is also set to appear in the 2019 Metro Manila Film Festival movie “The Mall, The Merrier” with Vice Ganda. JB