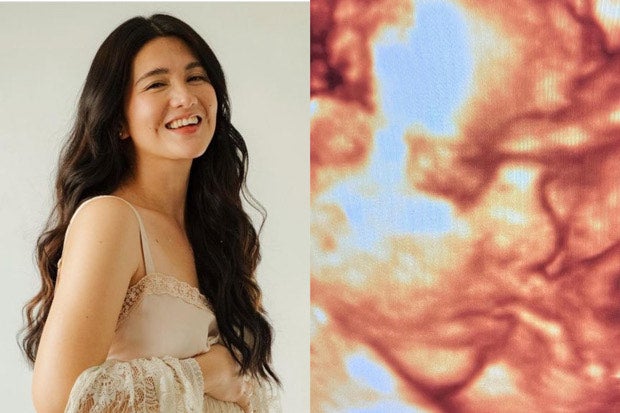 Dimples Romana gave fans an update on her pregnancy by showing an ultrasound photo of her baby Elio, her third child with her husband Boyet Ahmee.

The actress expressed her excitement and longing for her child while being in awe of the technology, as per her Instagram page today, May 18.

“Hi bunso (youngest child), we can’t wait to hold you in our arms, Elio,” she said. “So amazed at how the technology now enables us to get a glance at how our little babies are doing inside our tummies. How they look like and what they’re doing.”

“That’s Elio’s big foot on [his] forehead. He was munching and sucking on pretty much everything his hands can hold inside my womb,” she stated.

Romana announced that she is pregnant by showing fans her baby bump last March 18. She then had a gender reveal party which showed that she is having a baby boy.

Romana also recently celebrated her pregnancy by having an underwater photo shoot, which completed her four element-maternity concept.

Meanwhile, the actress sent off her daughter Callie to Australia to study aviation, describing it as a “bittersweet learning” for her as a parent. JB