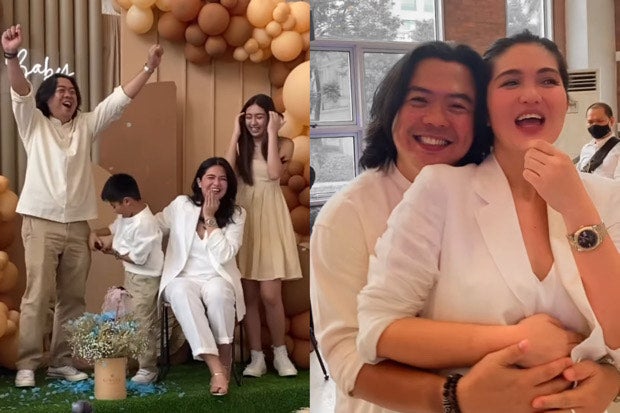 Dimples Romana and her husband Boyet Ahmee are welcoming another baby boy into their family as they had a gender reveal party today, March 27.

Angel Locsin, who attended the said party, treated fans to glimpses of the event through her Instagram page, also today. She showed herself dining with her husband Neil Arce and fellow celebrities Sue Ramirez, Janus del Prado, Kim Molina and Jerald Napoles while Romana stood behind them and posed for a photo.

Locsin then showed Ahmee holding a black balloon which later popped out blue confetti, via her Instagram Stories, also today. Romana and their two children, standing beside her, awaited the reveal. 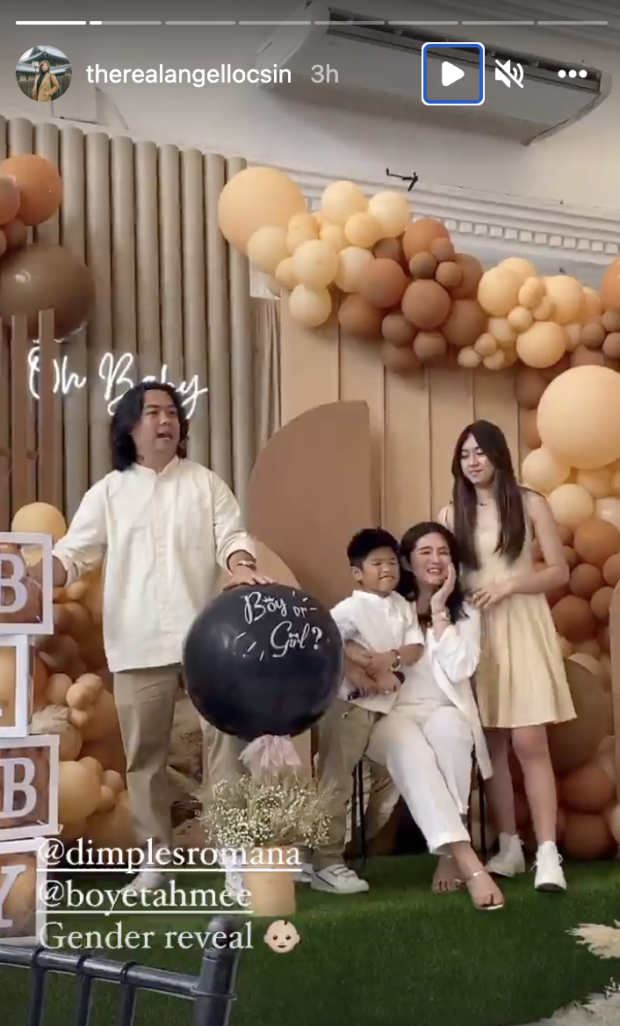 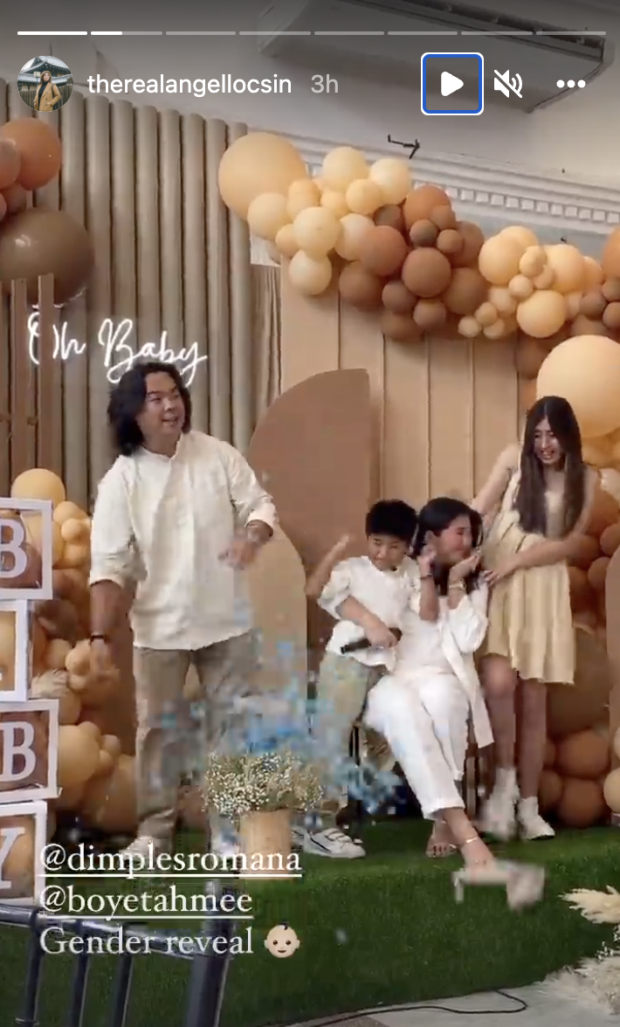 Locsin also gave a glimpse of Romana and Ahmee’s slow dance while I Axe’s “Ako’y Sa ‘Yo, Ika’y Akin Lamang” played in the background. 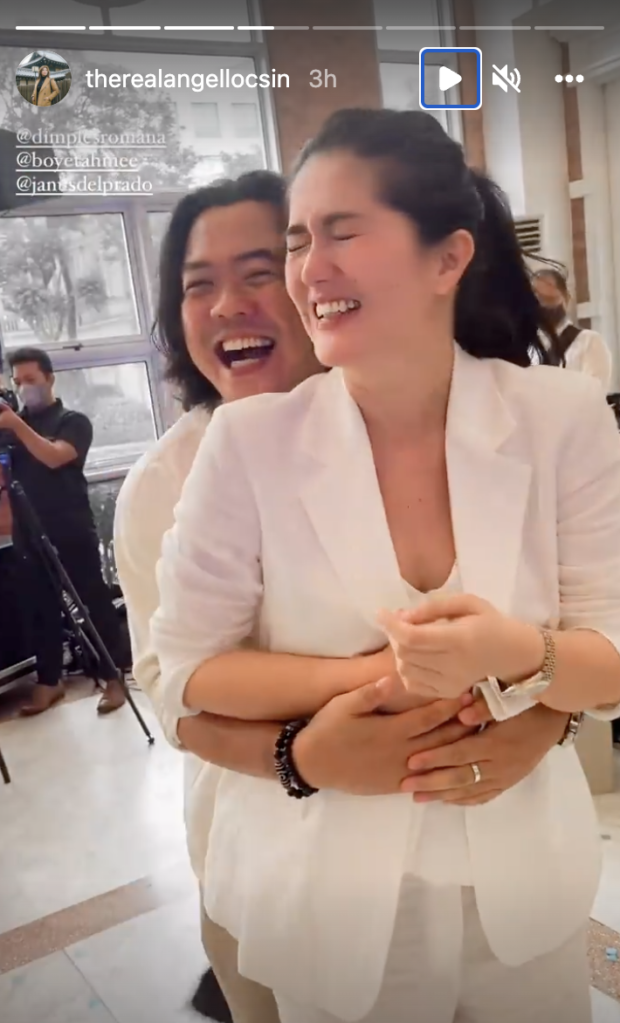 Dimples Romana takes classes at New York University: ‘Do things they said you can’t do’