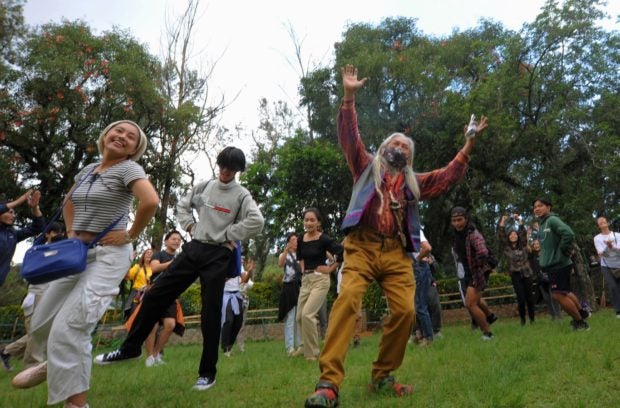 The flash mobs were organized by theater and artist groups from the city and Metro Manila,

Paredes’ group, which danced in the children’s bicycle lane, was briefly disrupted by two people who chastised them for blocking their way. 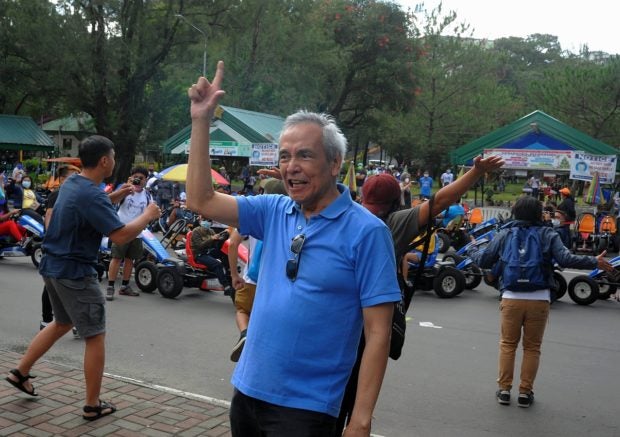 “I flew in from Sydney (Australia),” Paredes said, adding that he had been joining Robredo campaign sorties and flash mobs organized in other places like Manila. The singer said his fellow Apo members Bobby Garovillo and Danny Javier are supporting Robredo as well.

Kidlat said the outpouring of energy behind Robredo’s campaign echoes the power and emotions expressed in 1986, when Baguio staged its own people power movement at the Cathedral. INQ/JB