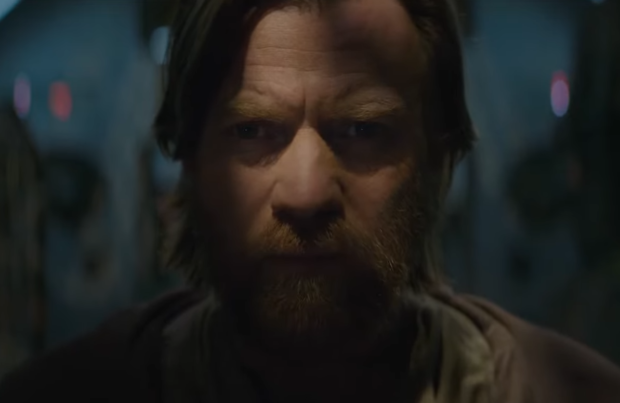 “Obi-Wan Kenobi” has dropped its official trailer featuring Hayden Christensen’s return as Darth Vader in time for Star Wars Day, May the Fourth.

After being absent from the series’ teaser last March, the Sith Lord finally made it to the official trailer released on the Star Wars franchise’s official YouTube channel yesterday, May 4.

In the trailer, a robotic arm can be seen putting Darth Vader’s chest pad on his armor as his menacing breath is heard. Meanwhile, Ewan McGregor’s Obi-Wan Kenobi looks on in the shadows.

The trailer also shows Owen Lars (Joel Edgerton) talking to Obi-Wan about training Luke Skywalker. He claps back at the Jedi by saying, “Like you trained his father?” referring to Anakin Skywalker who turned into the evil Sith Lord.

It then offers glimpses of Moses Ingram as Inquisitor Reva and Rupert Friend as Grand Inquisitor, who are on the hunt for Obi-Wan as he tries to run from the Empire.

This is the first time that Christensen and McGregor will be returning to the Star Wars franchise outside their cameos in the 2005 film “Star Wars Episode III: Revenge of the Sith,” as per Variety yesterday.

“Obi-Wan Kenobi” is set 10 years after the events of “Star Wars Episode III: Revenge of the Sith,” where Obi-Wan’s friend and former padawan Anakin Skywalker turned to the dark side.

The six-part series’ first two episodes will premiere on Disney+ this coming May 25, in time for the 45th anniversary of the very first Star Wars movie “Star Wars Episode IV: A New Hope.” It will then release succeeding episodes in the following weeks.  /ra

Read Next
Jim Paredes, Kidlat Tahimik lead flash mobs for Leni in Baguio
EDITORS' PICK
Individuals affected by ‘Karding’ now over 157,000
Newbie gamers are in for a treat with the power-packed feature of vivo Y16
House energy committee chair Arroyo bats for cheap electricity
Bongbong Marcos says PH ‘open for business’ with new Clark Airport terminal
Karding damage to infrastructure at P23M
Reignite your passion with the vivo Y35
MOST READ
LPA enters PAR, may develop into tropical depression
Angelica Panganiban ‘duguan, sugatang mom’ one week into breastfeeding
Security guard shoots 2 other guards dead inside Makati subdivision
Badoy not with Office of the President, NTF-Elcac, under Marcos admin — solon
Don't miss out on the latest news and information.