Maggie Wilson to Tim Connor on his birthday: 'You never fail to empower me' | Inquirer Entertainment

Maggie Wilson to Tim Connor on his birthday: ‘You never fail to empower me’ 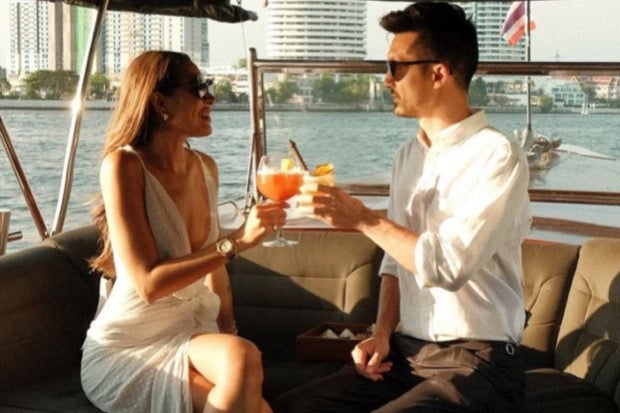 Maggie Wilson showed her appreciation of her business partner Tim Connor on his birthday, thanking him for the bond they have.

The Binibining Pilipinas World 2007 titleholder treated fans to a glimpse of their celebration, via her Instagram page today, April 20. Wilson and Connor can be seen toasting their glasses while riding a small boat.

“I have never rolled my eyes or bickered with someone so much in my entire life,” she said. “This guy always says exactly what he means and is the most honest person I’ve ever met.”

Wilson complimented Connor for the qualities she admires about him, adding how she appreciates him for always keeping it real with her.

“He keeps me on my toes and makes sure I stay focus. He always pushes me to be a better person, to get out of my comfort zone and be better at what I do,” she stated.

“Thank you for reminding [me] of what kind of woman I can become. You never fail to empower me even if sometimes, you try to steal my thunder!” Wilson added. “I’m so happy that I get to celebrate this birthday with you and many more to come!”

They were also earlier spotted together in Thailand, with Connor stating that “some things in life happen for a reason.” Some fans showed their support for Wilson and Connor’s rumored relationship and assumed that the two have gone Instagram official.

Wilson and Connor dismissed speculations that they were having an affair in December last year, months after Wilson announced her separation from estranged husband, businessman Victor Consunji. JB

Maggie Wilson, Tim Connor together in Thailand: ‘Some things in life happen for a reason’