Maggie Wilson, Tim Connor together in Thailand: 'Some things in life happen for a reason' | Inquirer Entertainment

Maggie Wilson, Tim Connor together in Thailand: ‘Some things in life happen for a reason’ 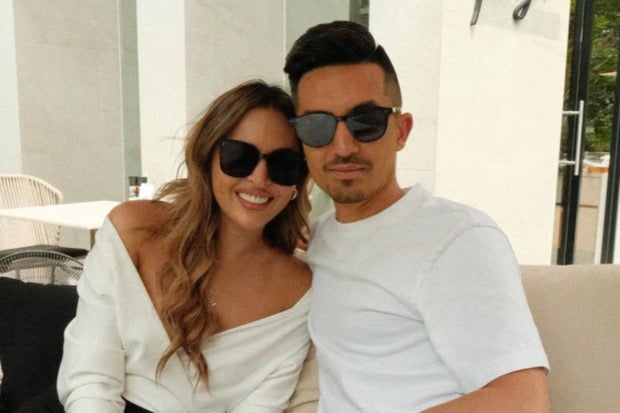 Maggie Wilson and her business partner Tim Connor go on a Thailand trip together, months after they dismissed speculations that they were having an affair.

The two of them addressed speculations about their relationship in December last year amid “countless questions” on their supposed affair. Their clarification also comes months after Wilson announced her separation to estranged husband, businessman Victor Consunji.

The Binibining Pilipinas World 2007 titleholder and Connor can be seen sitting beside each other in matching black and white outfits, as shown on Connor’s Instagram page yesterday, March 19. Though he didn’t state their location, Wilson posted a photo of herself with the same outfit, pinning Bangkok, Thailand.

“Some things in life happen for a reason,” he said.

While Connor didn’t share anything specific on the status of their relationship, fans showed their support to the pair, with one @8isleahjeng stating that they’re “Instagram official.”

“You two look great together,” another netizen, @bella_vie23, said.

Wilson, who celebrated her birthday recently, also received a greeting from Connor, as seen on his Instagram page last Tuesday, March 15. Connor pointed out that his relationship with Wilson has “no plan” as well as “no cheating,” which seemingly pertains to the speculations on their supposed affair.

“Before you ask NO, there was NO ‘plan,’ NO cheating, and nothing more than just two people that ‘clicked’ getting close! (almost by accident),” he stated. “I think we both agree it’s not been easy, but having had each other to chat things through, whether it’s laughing or crying, has been an absolute blessing!”

He also described the beauty queen as “a great friend and an amazing business partner.” Wilson, for her part, thanked him “for everything.”

Meanwhile, Wilson recently aired her frustration over being denied access to birthday photos of her son with Consunji, Connor. Prior to this, she also lamented being “refused” to spend Christmas with him. She eventually got to be with her son on the day after Christmas. JB