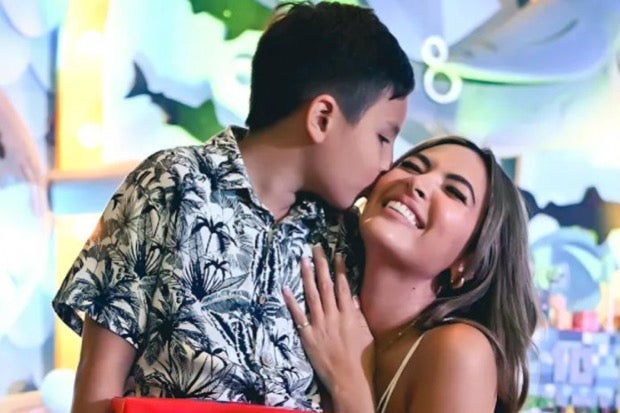 Maggie Wilson aired her frustration after she was denied of the photos from her son Connor’s 10th birthday party held a fews days ago.

The Binibining Pilipinas World 2007 titleholder showed a screenshot of her conversation with the photography studio which appears to have taken the photos at the said party, via her Instagram Stories today, March 2.

Wilson was apparently asking for the photos last Sunday, Feb. 27, and the studio initially agreed to send it to her once ready. However, today, the studio reached out to Wilson, saying they were instructed not to give her access to the photos. The beauty queen covered the names mentioned by the studio.

“Hi Ms. Maggie, our sincere apologies po but we’re instructed by [name redacted] not to upload the rest of the set from Connor’s party. We were also instructed not to send any photos po. Kindly ask the copy na lang daw po kay (from) [name redacted],” it read. 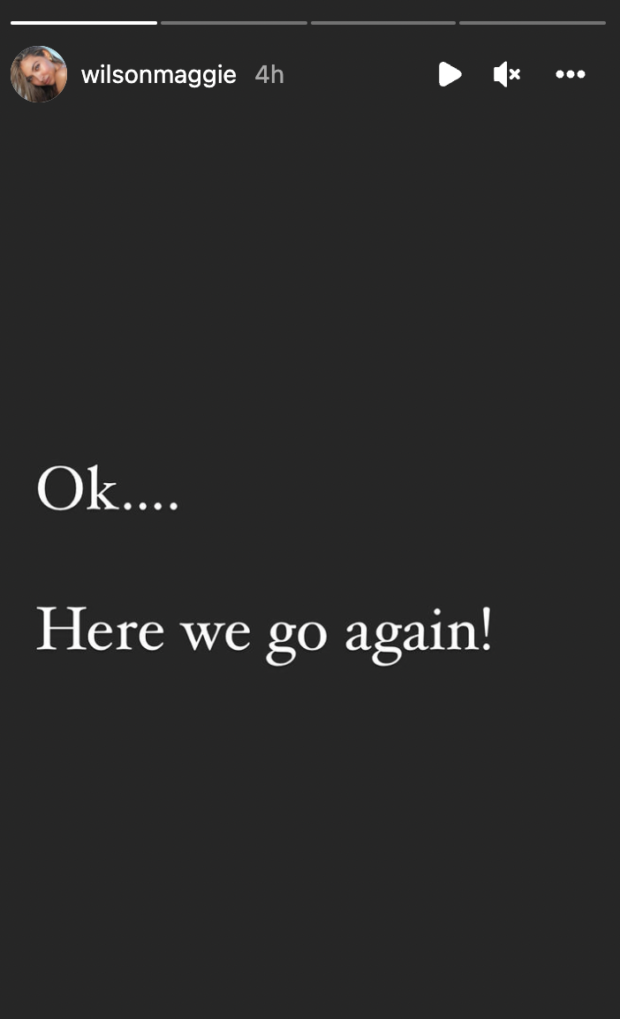 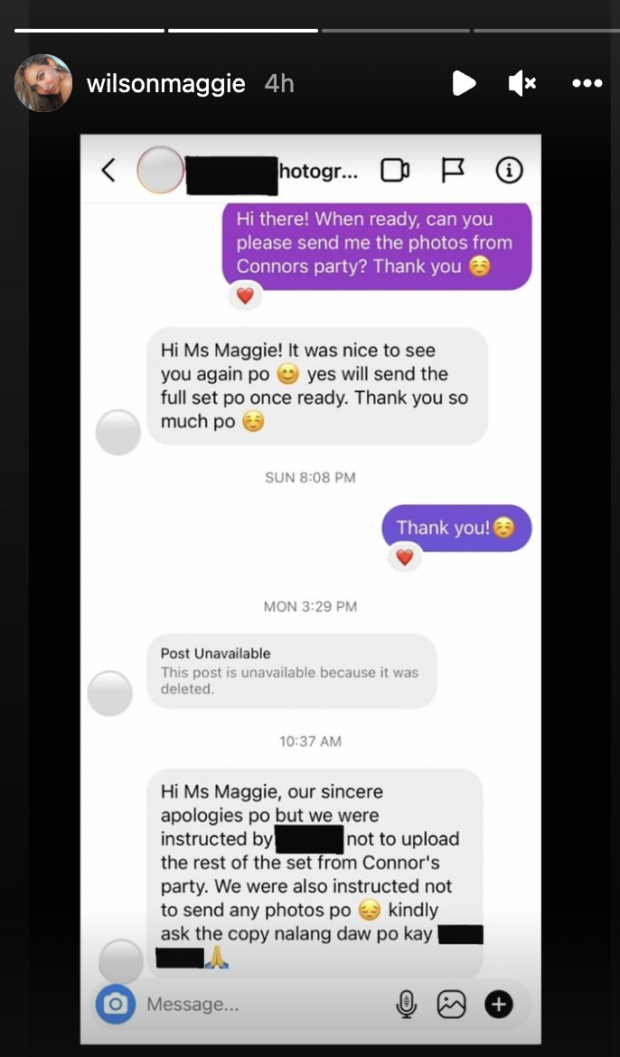 Wilson then opened up on the struggles she’s been “dealing with on the inside.” The beauty queen did not elaborate on that part of her statement but it can be noted that she recently separated from her husband, real estate magnate Victor Consunji.

“Another day… You might think everything is nice and peachy on the outside but this is what I have to deal with and have been dealing with on the inside for far too long now,” she added. “Control.” 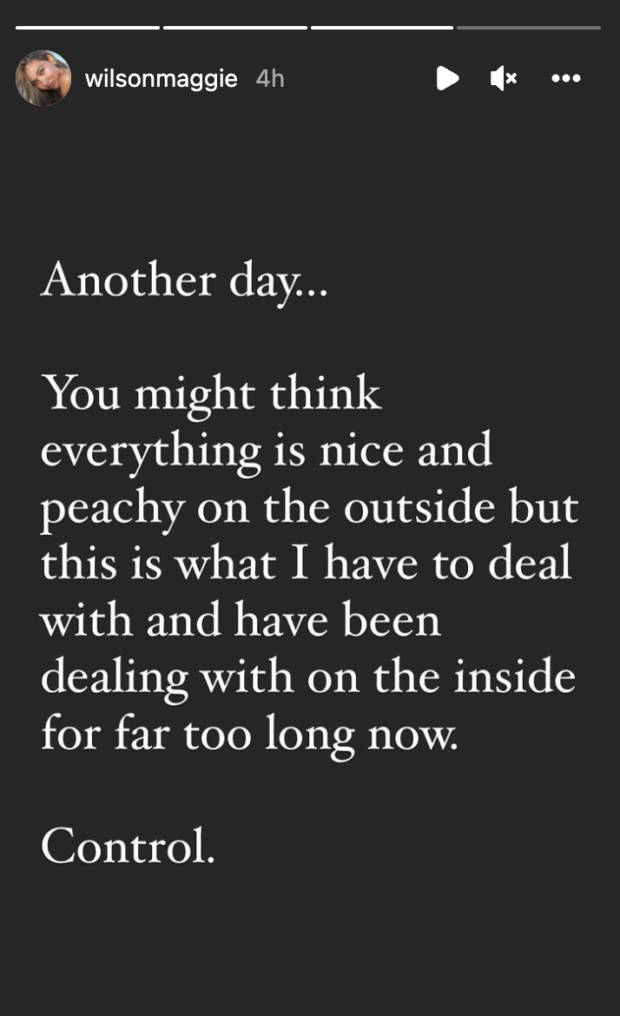 Wilson and Consunji were earlier spotted together at the party for their son, months after she announced their split in September last year. Meanwhile, this would not be the first time Wilson aired her dismay in connection with seeing her son, as she recently lamented being “refused” to spend Christmas with him. The beauty queen eventually got to be with her son on the day after Christmas. JB

Maggie Wilson frustrated over being ‘denied’ spending Christmas with son

Read Next
Robert Pattinson ‘never wants to see fish’ again after dieting, training for ‘The Batman’
EDITORS' PICK
Geek out at TOYCON 2022 powered by Smart Signature
House energy committee chair Arroyo bats for cheap electricity
UK’s Boris Johnson will resign, BBC reports
High inflation: Your P1 is now worth only 87 centavos
Unemployment rate up to 6% in May
High-risk pregnancy: Reducing your risk is in your hands
MOST READ
Suspect in grisly killing of missing woman in Bulacan arrested
Kim Atienza’s daughter flaunts bikini body in response to critics of her ‘revealing photos’
Japanese artist who created ‘Yu-Gi-Oh!’ found dead in the sea
FDA probes popular Filipino noodle brand for ‘high level of ethylene oxide’
Don't miss out on the latest news and information.