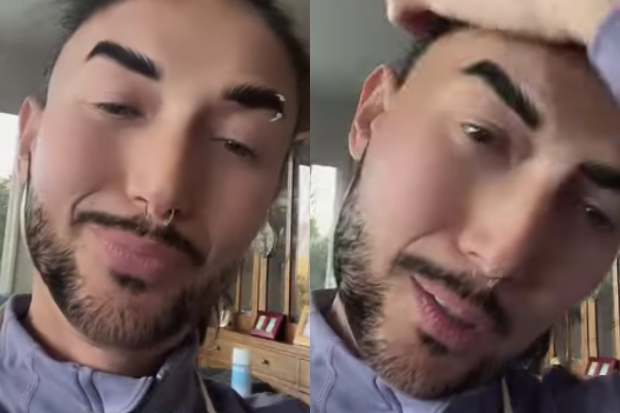 BB Gandanghari has given fans a glimpse of her “twin,” actor Rustom Padilla, by doing a parody of herself acting like him.

The transgender actress, born as Padilla prior to transitioning as Gandanghari, briefly revived Padilla by showing a video of herself with filters that added a mustache, beard, piercings and thick brows, as seen on her Instagram page yesterday, March 1.

In the video, Gandanghari acts as Padilla who talks about the Super Bowl and asks fans whether she would be fine with getting a haircut.

“[When] past catches up with the present… And who will prevail? Papayag kaya si BB (Will BB agree) to have a haircut?” she said.

Gandanghari called her video “Hiram na Katawan,” which she said is part of a “very mini” series on her Instagram page. She also left a message as Padilla, stressing that the parody is only “pampa-good vibes (for good vibes).”

Gandanghari was then “confronted” by her “twin spirit brother,” as shown on her Instagram page today, March 2. She can be seen acting horrified inside a car as a voice in the background pleads that she get a haircut.

“When the twin spirit brother wants to express himself,” she quipped.

Gandanghari legally became a woman after her petition to change her gender and name was approved by the Superior Court of California in 2016. With her transformation, she declared that Padilla is “dead.”

She then moved to Los Angeles to chase her Hollywood dream, which she admitted has been “challenging.” She also admitted facing discrimination as a transgender woman when it came to job opportunities while trying to build a name for herself abroad.  /ra