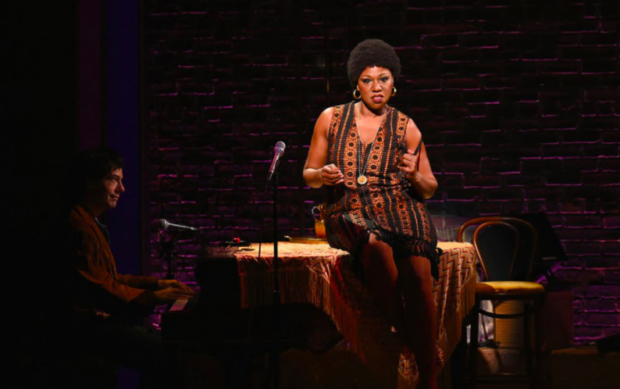 In New York, an off-Broadway show is bringing queen of the blues Nina Simone back to life. But backstage, a battle has been brewing over rights to the anti-racist icon’s songs.

“Nina Simone was constantly told to sit down and shut up: you’re being too loud, you’re the angry Black woman,” said Laiona Michelle, who is performing the role of the late superstar in “Little Girl Blue” at a 200-seat hall in Manhattan’s theater district.

Throughout the two-hour performance, the actor — who also wrote the show — brings her warm vocals to songs like “Feeling Good,” “Love Me Or Leave Me” and “Don’t Let Me Be Misunderstood,” classics that contributed to the legend of Simone, who died in 2003.

The “Little Girl Blue” team had to rely on many of the covers that Simone rendered iconic because they were unable to obtain the rights to perform her originals, a quandary they blamed on her former lawyer Steven Ames Brown.

The California attorney says since 1988 he has administered the artist’s catalogue — she granted many of her rights to a charitable trust — and has called the musical “fictitious” and “superficial,” saying it “does not do her justice.”

“Little Girl Blue” explores the life of the artist born Eunice Waymon in 1933 in North Carolina.

A gifted singer who aspired to become a classical pianist, she was denied admission to a prestigious conservatory in Philadelphia, a rejection Simone attributed to racism.

The show lays bare the suffering she endured throughout her life, including beatings from her husband and manager Andrew Stroud, and mental health struggles.It also approaches the singer’s radicalism.

“Nina Simone was saying ‘Black Lives Matter’ before it was even an expression,” Michelle said.

“I ain’t ’bout to be non-violent, honey,” she famously told an audience in 1968 while performing “Mississippi Goddam,” three days after the murder of Martin Luther King Jr.

Simone had written “Mississippi Goddam” in response to a 1963 fire set by Ku Klux Klan members at an Alabama church, in which four young Black girls died.

But in the musical, which brings to life that performance at the Westbury Music Fair on Long Island, New York, writers had to leave out the song that became emblematic of the Civil Rights Movement. 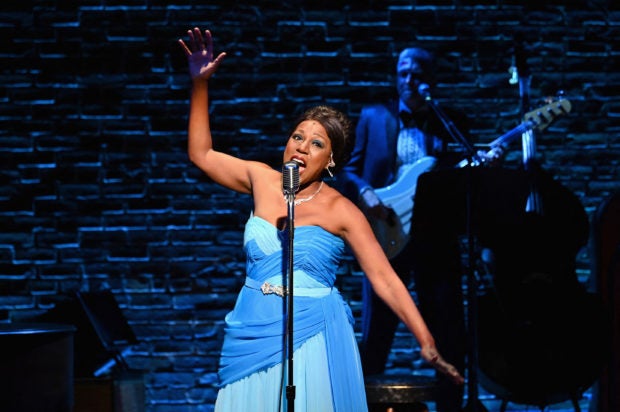 ‘Homage to an icon’

Attorney Brown accuses the team behind “Little Girl Blue” of having “appropriated Nina for their own gain,” saying they “have no understanding of her life.”

He vowed a different show to be staged in New York and London, which “will be faithful to her life as she expressed it.”

But following a successful 2019 run in New Jersey, the producer of “Little Girl Blue” holds that their show stands up to the critics.

“Nina was a Black woman and this piece was written by and stars a Black woman who wanted to pay homage to an icon that belongs to Black cultural history,” producer Rashad V. Chambers said.

He suspects that Brown granted rights to Simone’s songs to someone who offered a more attractive sum.

In terms of the musical, the handicap is relative: Simone was famous for her covers, and many of those songs are now in the public domain.

During a recent performance that included the title song “Little Girl Blue,” along with “Black Is the Color of My True Love’s Hair,” the audience rose to its feet in applause.

Michelle aims to take the show to one of Broadway’s prestigious theaters, where biopics honoring Bob Dylan, Tina Turner and Michael Jackson have already come out.