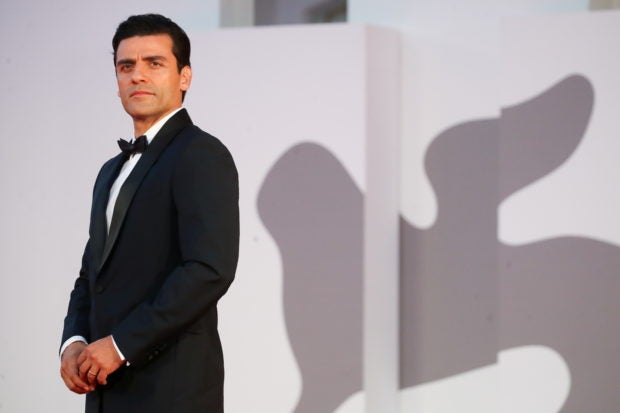 The 78th Venice Film Festival, screening of the film “Scenes From A Marriage” out of competition, Venice, Italy, Sept. 4, 2021. Actor Oscar Isaac poses on the red carpet. Image: Reuters/Yara Nardi

“That was part of the challenge and the excitement of taking this on, the opportunity to show so many facets of one individual and really explore in a literal and symbolic way the different identities that he has,” Isaac told Reuters as he premiered the series at the British Museum on Thursday.

In a twist from the comic books, in which Moon Knight’s alter ego is the Jewish-American mercenary Marc Spector, Isaac plays gift shop worker Steven Grant. The sleep-deprived Londoner suffers from dissociative identity disorder and is haunted by memories of Spector.

“The emotional reality of struggling with this disorder and not only that, but the journey of healing from abuse and trauma, that really became the central orienting theme of the whole thing. Everything you see, including the really crazy symbolic imagery, is an expression of that internal struggle,” Isaac said.

“In our story the hero is struggling with mental illness and it created a real problem for me because the antagonist has to be something else. I had to create a very sane lunatic to compete with the mad hero,” said Hawke.

Isaac convinced Hawke, a fellow New Yorker, to take on the role during a chance encounter.

“Sometimes things just come together, right? I met him at a coffee shop in New York and he told me he was doing this and that he needed somebody to be in it with him… I said, ‘Well, make me an offer’,” said Hawke.

The series, directed by Egyptian filmmaker Mohamed Diab, also features French actor Gaspard Ulliel, who died after a ski accident in the French Alps on Jan. 19, in his final completed role.