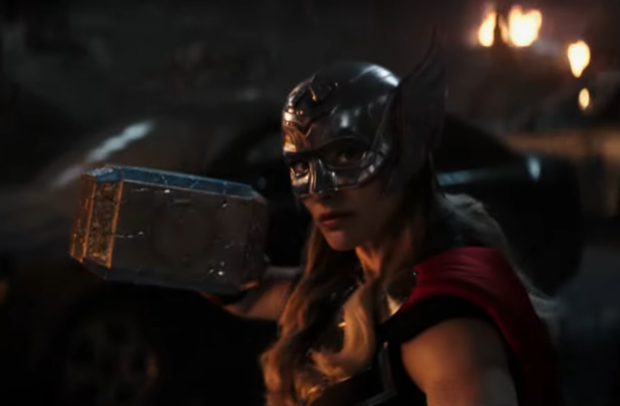 The first teaser of “Thor: Love and Thunder” has finally landed from the heavens, offering a glimpse of a new version of Thor and the God of Thunder’s quest for inner peace.

The teaser, set to Guns N’ Roses’ “Sweet Child O’ Mine,” shows Chris Hemsworth’s Thor with the Guardians of the Galaxy, getting back into shape after gaining a few pounds from “Avengers: Endgame,” as seen on Marvel Entertainment’s YouTube channel yesterday, April 18.

“These hands were once used for battle, now they’re but humble tools for peace. I need to figure out exactly who I am. I will choose my own path, live in the moment,” he declares. “My superhero-ing days are over.”

Fans were given a long-awaited first look at Natalie Portman’s Jane Foster taking up the magical hammer Mjolnir as the Mighty Thor. There is also a glimpse of Russell Crowe as Zeus, though Christian Bale’s villain Gorr the God Butcher is yet to be seen.

“Thor: Love and Thunder” is helmed by returning director Taika Waititi and produced by Kevin Feige and Brad Winderbaum. The film also stars Waititi (Korg) and Tessa Thompson (Valkyrie), among others.

It is the fourth film in the Thor movie series, following “Thor: Ragnarok” released in 2017. “Thor: Love and Thunder” is set to premiere in July.  /ra