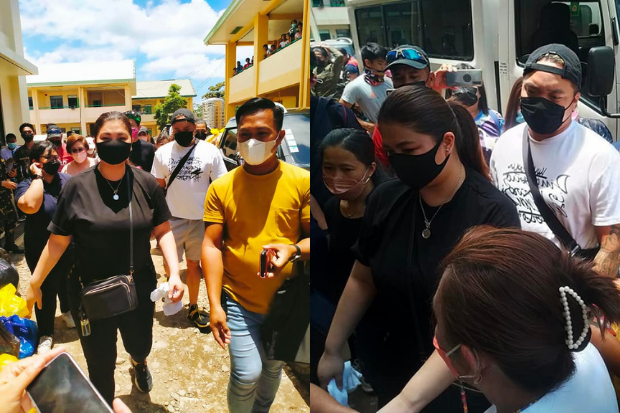 Angel Locsin has extended help to those devastated by Tropical Storm Agaton in Leyte by giving away relief goods to evacuees in the province.

The actress was spotted distributing the relief goods during her visit at a school in Baybay City, Leyte, as seen in a Facebook post by one Joy Cain Gumapac yesterday, April 18. Locsin was with her husband, businessman-producer Neil Arce.

Locsin then showed herself handing out the relief packs via her Facebook page, also yesterday. She can be seen hugging and talking to an evacuee.

Aside from being an actress, Locsin is also known for her philanthropy. She helped give out relief packs to survivors of typhoon Ulysses in November 2020 and donated P2 million for typhoon Odette victims in December last year.

Over two million people were displaced by the storm and over P725 million worth of crops were damaged.  /ra