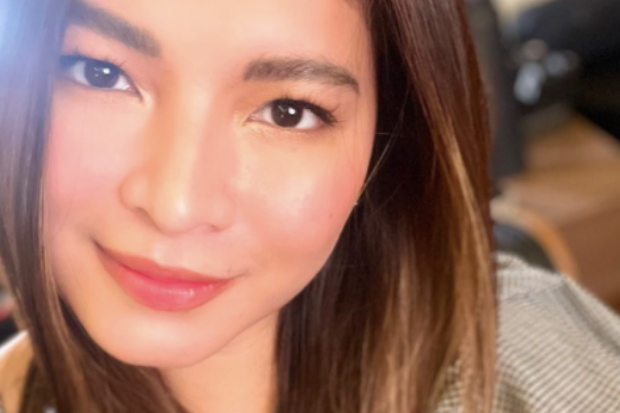 Angel Locsin has given the public a glimpse of her natural beauty by going barefaced for a “no makeup,” “no filter” look.

The actress and philanthropist showed herself sans makeup and with messy hair, a look that fans do not usually see, while asking for suggestions on a new hairdo via her Instagram Story yesterday, April 8.

“Thinking of a new hairdo. Any suggestions?” she asked. “This is me kapag toothbrush lang ang labanan sa umaga, [laughing out loud]. No makeup, no filter, no suklay and of course—no ligo.”

(This is me when I’ve only brushed my teeth in the morning, [laughing out loud]. No makeup, no filter, no hair brushing and of course—no bath.) 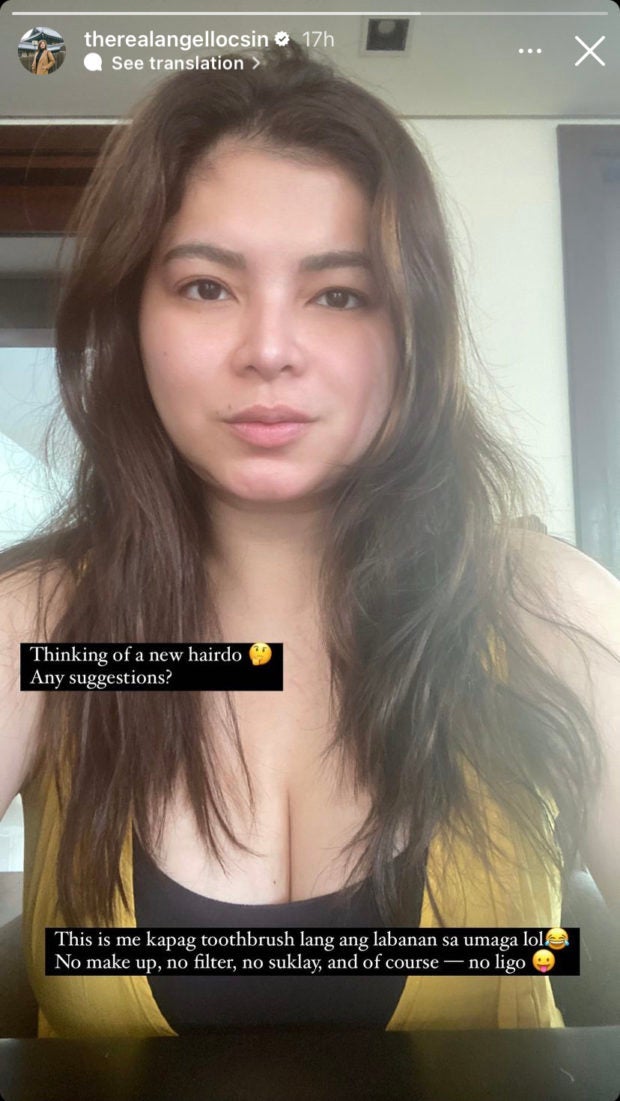 Locsin, who reached 25 million followers on Facebook last month, recently revealed in an interview with talent manager Ogie Diaz that she and her husband businessman-producer Neil Arce are not planning on having a child just yet due to her thyroid problem.

In the same interview with Diaz, she also shrugged off body shamers and stressed that she does not think there is something wrong with her body.

The actress is set to appear on the Filipino remake of the hit French comedy series “Call My Agent!” where she will star alongside actor Edu Manzano. The adaptation will be directed by acclaimed director Erik Matti and is expected to start production this month or in May.  /ra