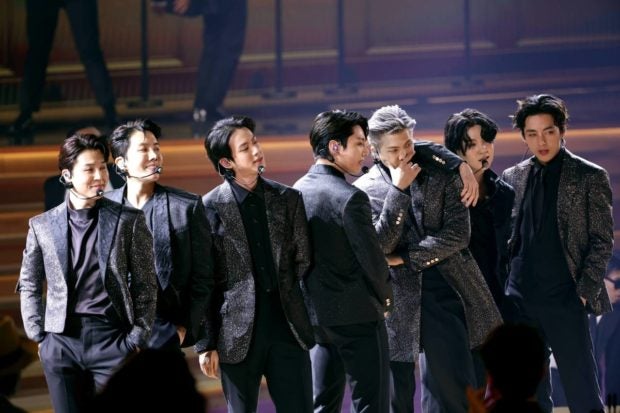 Six out of 10 South Koreans support the alternative military service of K-pop sensation BTS, whereas a larger number than that agreed the septet could contribute better by promoting the national prestige through alternative service than by serving active military duty.

According to a survey of 500 adults nationwide by pollster Realmeter, 65.5% of the respondents answered that they agreed the members of BTS should serve alternative military service, whereas 30.2% were against it and 4.3% expressed they weren’t sure.

The figures showed that the support rate for BTS’ members alternative military service was high in all age groups but especially among those in their 20s and 50s, in which almost 70% supported the idea.

The survey further revealed that 74.9% of the respondents believed BTS members would be able to help improve country’s global standing and the cultural enhancement by serving alternative duty. From the figure, the majority (51.1%) gave an active response that they would “contribute very largely.” Those who responded negatively took up 20.9% while 4.2% said they did not know or weren’t sure.

Under the current law, all able-bodied Korean men are obliged to serve in the military for a period a little less than two years. The conscription law allows exemption or alternative duty for those international award-winning athletes and classical musicians at the recommendation of the culture minister.

Last year, a number of South Korean lawmakers proposed a set of bills calling for active duty exemptions to apply to a wider range of artists. This includes pop artists, such as BTS — comprising members Jin, Suga, J-Hope, RM, Jimin, V and Jungkook — who have raised the national reputation in the global music scene by bringing home the nation’s first wins at prestigious music awards, such as the Billboard Music Awards and the American Music Awards, and being nominated to the Grammys twice. The bill is currently pending at the National Assembly.

The related regulation was previously revised in December 2020 to allow leading pop culture artists to postpone service until the age of 30, enabling BTS’ eldest member Jin to postpone his enlistment until Dec. 31.

Meanwhile, Hybe, the agency behind BTS, had recently urged the lawmakers to make a decision on the pending bill. During a press conference conducted during the band’s Las Vegas concert, the company’s chief communication officer Lee Jin-hyeong called for action within this term of the National Assembly.

“If it is passed to the next, this endless discussion will continue, and the uncertainty is weighing on us. Hopefully, the matter is concluded promptly,” Lee had said, adding the seven members are “finding it difficult to deal with the issue” and is currently not meddling with it themselves. JB