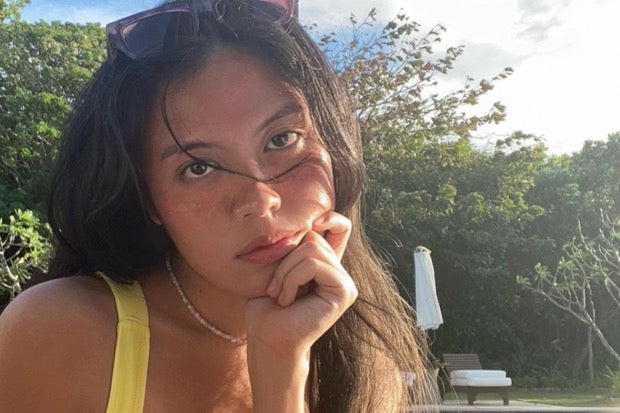 Frankie Pangilinan seems she would not be holding back from poking fun at her parents, actress Sharon Cuneta and vice presidential candidate Sen. Francis “Kiko” Pangilinan, as she recently described the couple as “flirty” for getting cozy at a campaign rally.

Frankie showed Cuneta and Kiko leaning on each other’s shoulders while dining together, as seen on Frankie’s Twitter page last Sunday, April 10.

Frankie also shared her parents’ public-display-of-affection moment during their recent campaign rally in Pampanga, where Kiko can be seen kissing Cuneta’s hand while they were at the stage.

“Ang lalandi ng mga bata (These kids are flirty),” she said, with a nauseated face emoji. She then jokingly apologized to senatorial candidate Risa Hontiveros, who was sitting beside the couple at the time, for her parents’ “flirty” actions.

Frankie also earlier teased her parents to “get a room” after Cuneta and Kiko hugged and kissed each other during a campaign sortie last March, via Frankie’s Twitter page on March 14. JB