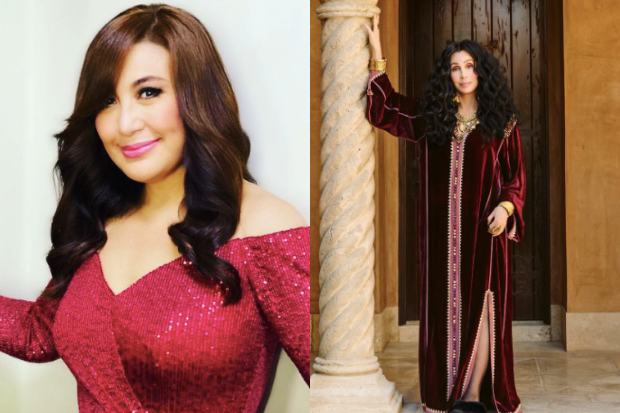 Sharon Cuneta could not help but feel giddy after American pop icon Cher called to “let women do it,” in support of those advocating various noble causes.

The Megastar gushed over Cher’s remark and expressed love for the award-winning singer on her Twitter page yesterday, Feb. 16.

“From the one and only [Cher]! We love you so much! Thank you!” the actress said.

Cuneta also introduced her husband, vice presidential candidate Sen. Francis “Kiko” Pangilinan, in another tweet on the same day. She called him and his running mate, presidential candidate and Vice President Leni Robredo, a “God-fearing, knowledgeable team.” Cher had cheered on the Vice President after finding out about her through fans on Twitter.

Cuneta’s daughter, singer Frankie Pangilinan, teased the Megastar shortly after she reached out to Cher. She described the actress’ fangirl moment as “ang rupok (fragile).”

Cher made it to the top spot on Twitter Philippines’ trending list shortly after she released her “let women do it” statement. She is still one of the top topics on the platform as of this writing. 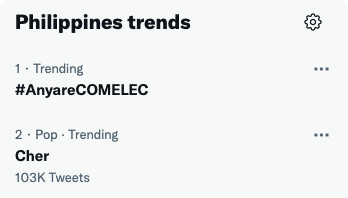 Cher, 75, has a music career spanning several decades and is known for her hit songs “I Got You Babe,” “Believe,” and “Gypsys, Tramps & Thieves,” among others. She is often referred to as the Goddess of Pop.  /ra