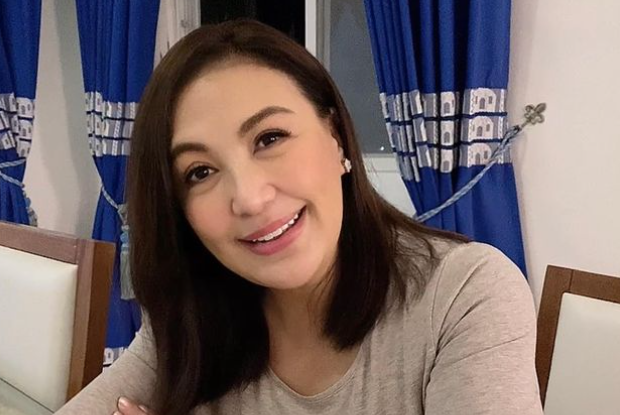 Sharon Cuneta has finally joined TikTok and has been using her account to show behind-the-scenes moments from “FPJ’s Ang Probinsyano.”

The Megastar announced that she has set up her own TikTok account (@sharon_cuneta12) by showing a screenshot of it on her Instagram page yesterday, Feb. 15.

“And so…here is my one and only TikTok account!” she said. Cuneta described herself as a “simple girl with an extraordinary life” in the profile’s bio. 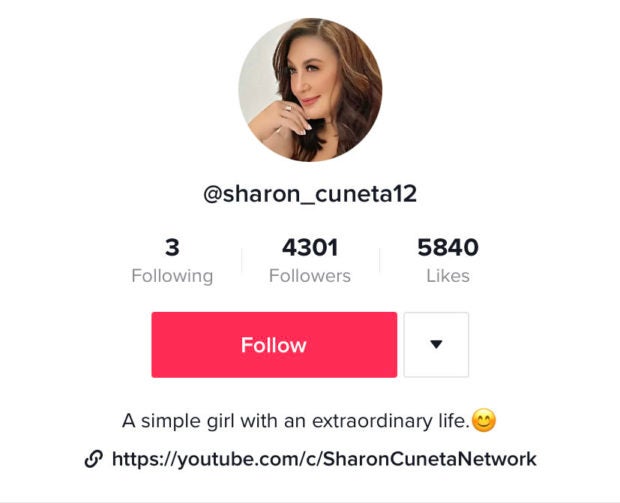 The actress’ first video on the platform showed herself dancing with her “FPJ’s Ang Probinsyano” co-stars Ara Mina and Lorna Tolentino in behind-the-scenes moments from the show’s lock-in taping. The video was first seen on Mina’s TikTok page and reposted on Cuneta’s.

Cuneta also showed videos of herself swimming at what appears to be a taping location, as she joked about getting into the pool as soon as her scene was finished.

Cuneta’s TikTok account has earned more than 4,000 followers and her first video has been viewed over 15,000 times as of this writing.

Prior to creating her own TikTok account, she would appear in some of Mina’s TikTok videos. Earlier this month, Mina showed the Megastar lip-synching to Cardi B’s rap verse in the song “Finesse,” which gained praise from their fellow celebrities.

Cuneta also appeared to have recently hinted at her involvement in the upcoming Hollywood drama “Concepcion” by poking fun at the series’ title last Feb. 8. Without  confirming if she was cast for the project, she described it as her “surprise number one” for fans.  /ra