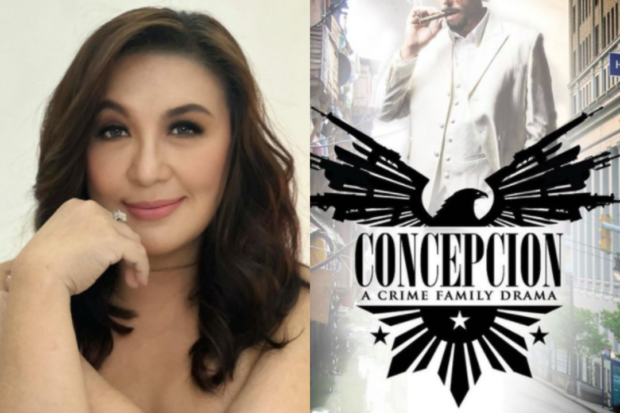 Sharon Cuneta and the poster for “Concepcion: A Crime Family Drama” (Image: Instagram/@reallysharoncuneta)

Is Sharon Cuneta going to star in the upcoming Hollywood drama “Concepcion”? The actress did not miss the connection that the project’s title has with her personal life as she joked about it and called it her “surprise” to fans.

The Megastar, who was previously married to actor Gabby Concepcion, appeared to have teased her involvement in the project on her Instagram page last Friday, Feb. 4. She showed a poster for the series while poking fun at the title.

Cuneta did not state whether she is part of the cast for the upcoming drama, though it may be her “surprise number one” for fans.

“Just might be my surprise [number one] for all of you! This is Hollywood, [you all]!” she said.

If Cuneta is indeed joining the cast of “Concepcion,” it would mark the second time she has been tapped for an international project over the past year.

Back in May 2021, Cuneta revealed that she lost the chance to star in a Steven Spielberg project because of a “false positive” COVID-19 test result. The actress was supposed to play comedian Jo Koy’s aunt in the film, which features an all-Filipino cast.

“Concepcion” follows the lives of an Asian-American kingpin and his extended crime family in Los Angeles. The series alternates between 1992 and 2020. ABS-CBN is also attached to the project, as per Deadline last Feb. 2.

Cuneta tied the knot with Concepcion in 1984, three years after they first starred together in the romance film “Dear Heart.” They welcomed their daughter KC Concepcion in April 1985. The pair’s marriage did not last as they had their union annulled in 1987.  /ra