Kim Atienza on pitting networks against each other: 'Brings nothing but hatred' | Inquirer Entertainment
Close
menu
search

Kim Atienza on pitting networks against each other: ‘Brings nothing but hatred’ 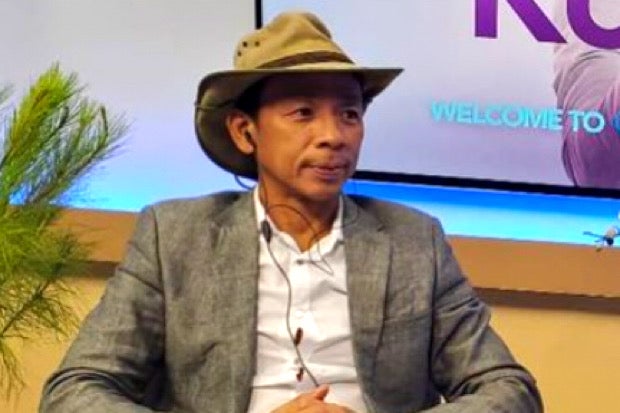 Kim Atienza stressed that networks should not be pitted against each other, in reaction to a comment supposedly invalidating the ratings of Atienza’s new show.

Atienza showed that his new show “Dapat Alam Mo!” earned the highest rating among competing shows from other networks, via his Twitter page yesterday, Feb. 15. The rating was based on National Urban Television Audience Measurement (NUTAM) People Ratings’ data on Feb. 14.

His announcement was then met with a comment from one @kp_nation2, who said, “Wala naman kayong kalaban e.” (You have no competitors.) This apparently is in reference to the closure of ABS-CBN Network after it was denied a franchise renewal in 2020, leaving GMA Network to dominate the local network TV scene.

In response, Atienza reposted the comment while pointing out that instead of promoting “network wars,” fans should be open to supporting and “enjoying all channels.”

“Wala talaga dapat kapamilya, kapuso o kapatid (There should be no Kapamilya, Kapuso or Kapatid),” he said. “Network wars bring nothing but hatred between fans that are better off enjoying ALL channels.”

Wala talaga dapat kapamilya, kapuso o kapatid. Network wars bring nothing but hatred between fans that are better off enjoying ALL channels. https://t.co/kpObq1wxUq

Atienza has recently been facing criticisms for transferring from ABS-CBN to GMA. He earlier asserted that he still has viewers in response to a comment that he lost viewers when he transferred.