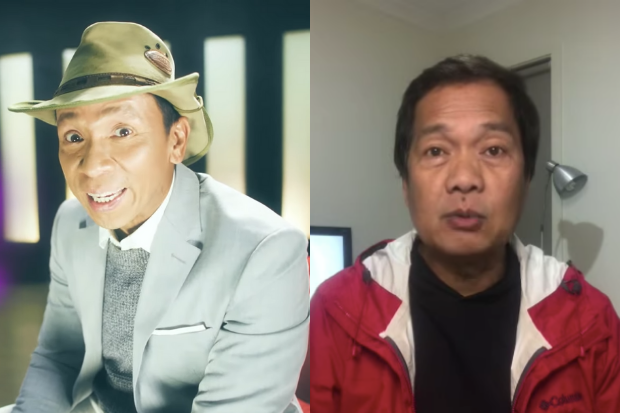 The longtime Kapamilya weatherman, known by his nickname “Kuya Kim,” announced his transfer to GMA through a video on the network’s YouTube channel yesterday, Oct. 4. Atienza wore his signature safari hat while giving trivia about the word “Kapuso,” which was apparently first used in 2002.

(You should also know that we will not only be sharing trivia but important information as well. I am Kuya Kim Atienza, “Kuya ng Bayan,” your new Kapuso.)

“I’d like to take this opportunity to welcome you into a place I have considered home for the past decades. Kaya sa aking kuya, sa aking kumpadre (So to my brother, my friend), welcome,” Dantes told Atienza.

Atienza’s transfer to GMA was first teased by the network last Wednesday, Sept. 29. He is set to appear in three projects: the talk show “Mars Pa More,” the magazine program “Dapat Alam Mo” and “24 Oras.”

Atienza served as host in various ABS-CBN shows throughout his 17 years with the network. He appeared in the morning show “Umagang Kay Ganda,” the noontime variety program “It’s Showtime” and the educational show “Matanglawin,” among others.

He was also the resident weather anchor for the “TV Patrol” segment “Weather-Weather Lang.” Dana Cruz/JB