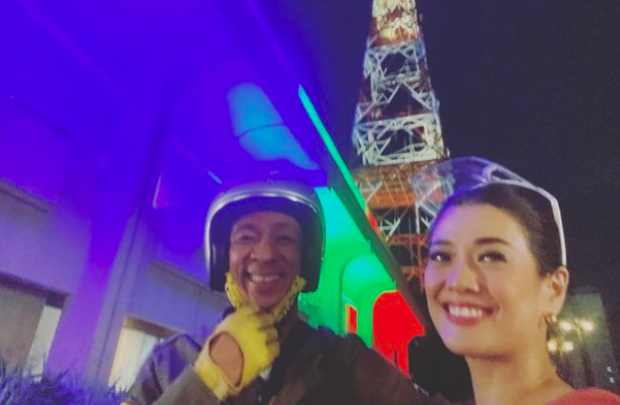 Bernadette Sembrano believes that those who left ABS-CBN should still be considered as Kapamilyas, after her “TV Patrol” co-anchor Kim Atienza bid goodbye to the network.

Sembrano extended her well-wishes for Atienza while showing a photo of them together through her Instagram page yesterday, Oct. 2.

“[I] will miss Kuya Kim and we sincerely wish him well. But this is also an appreciation post on why Kapamilya is Kapamilya,” she said.

According to her, the departure of someone from the network does not mean they are no longer part of the “family.”

(Being part of the family does not disappear. Some would get sad, some may find it difficult, or would feel lonely, and there would be those who would take the responsibilities left behind. But we all sincerely pray that the Kapamilya who left would succeed.)

Sembrano added that she believes those who were forced to leave the network are still Kapamilyas, as well as those who chose to go.

“I know kahit mahirap mapanood ngayon (it is hard to watch now), [but] I know our Kapamilya viewers will remain and we will continue to do our best for you,” she assured the public.

The news anchor also encouraged others to vote in the upcoming 2022 national elections.

Atienza served as a host in various ABS-CBN shows throughout his 17 years with the network. He appeared in the morning show “Umagang Kay Ganda,” the noontime variety program “It’s Showtime” and the educational show “Matanglawin,” among others.

He is also the resident weather anchor for the “TV Patrol” segment “Weather-Weather Lang.”

Atienza did not confirm what he would be up to after leaving ABS-CBN but fans speculate the longtime Kapamilya is transferring to GMA Network. GMA teased the arrival of a certain “Kuya” last Wednesday, Sept. 29. JB