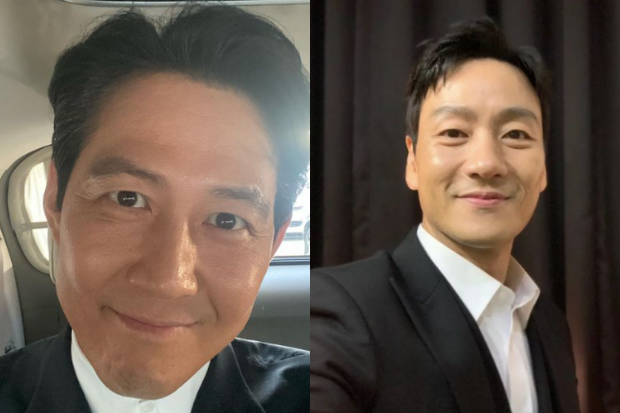 Lee Jung-jae, who plays gambler Seong Gi-hun (Player 456) in the series, announced his arrival to Instagram by showing a photo of himself wearing a suit through his account (@from_jjlee) yesterday, Oct. 2.

“Is this… how you do it…?” the actor asked, according to Allkpop on the same day.

He also treated fans with a video of himself with fellow Korean actor Jung Woo-sung today, Oct. 3. The latter held out ddakji tiles similar to the ones seen in “Squid Game” while the theme music for the show can be heard in the background.

Lee Jung-jae and Jung Woo-sung are working together in the upcoming film “Hunt.”

Lee Jung-jae has already gained more than one million followers as of this writing. The video has also been viewed over 1.2 million times while the actor’s first Instagram post has earned 1.1 million likes.

Fellow “Squid Game” star Park Hae-soo, who starred as Player 218, also marked his entrance into Instagram with a photo of himself wearing a suit.

“I also participated. This is Park Hae-soo,” he said on his page (@haesoopark_official), also yesterday.

The actor then gave “Squid Game” fans behind-the-scenes photos of himself in another post on the same day. He can be seen wearing his green tracksuit for the sugar honeycomb challenge in one photo while another showed him in the “walking on glass” game.

“Squid Game” is a nine-episode Korean series about 456 players competing in deadly versions of children’s games for a prize of 45.6 billion won (around P1.96 billion). It was released on streaming service Netflix last Sept. 17. JB