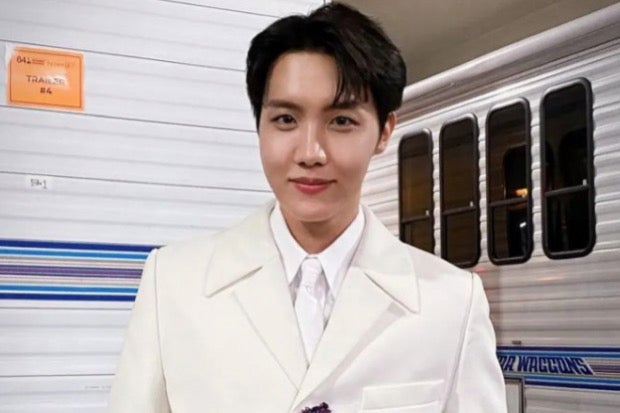 BTS’ J-Hope appears to be shrugging off his tripping mishap during his group’s Grammy performance by poking fun at the way he played it off “smoothly.”

The South Korean boy group rendered a performance of their hit song “Butter” at the Grammy Awards ceremony on Sunday, April 3 (April 4 in the Philippines).

J-Hope showed a clip of the said performance where he can be seen stumbling after descending a platform, via his Instagram Stories today, April 5. Fortunately, the dancer-rapper was able to catch himself before his face almost hit the stairs.

“Smooth like butter,” he said, referencing a lyric from their song while adding a butter and smiling face with tear emoji. 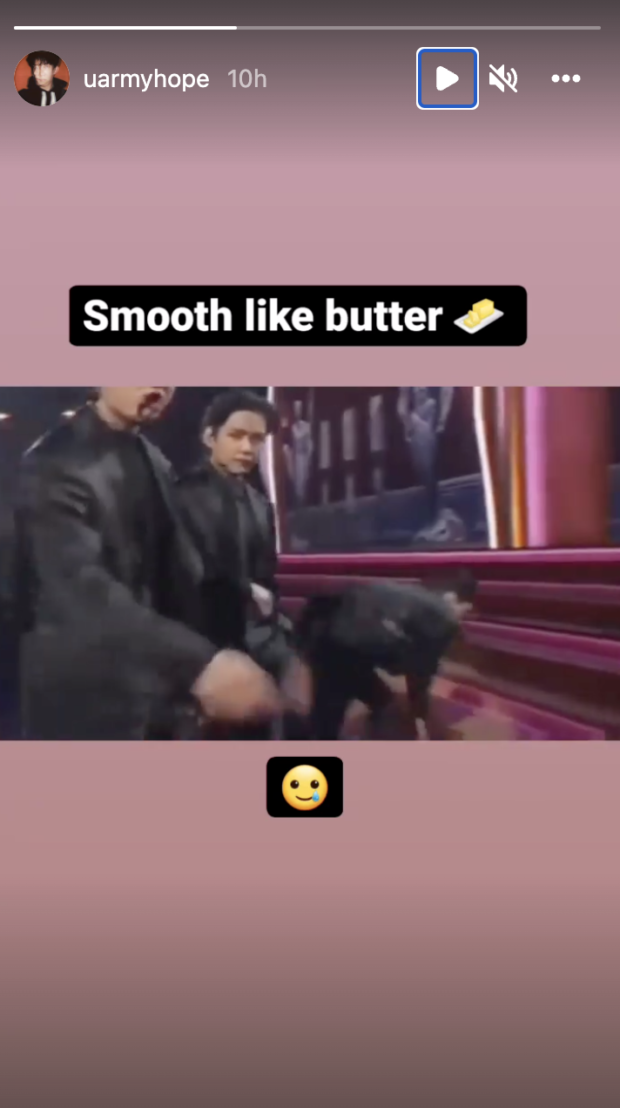 Meanwhile, Jungkook also had a little slip when he slightly tripped while descending the stairs.

The K-pop group was also nominated for best pop duo or group performance award for the second consecutive year, which was bagged by American singers Doja Cat and SZA with their song “Kiss Me More.” JB