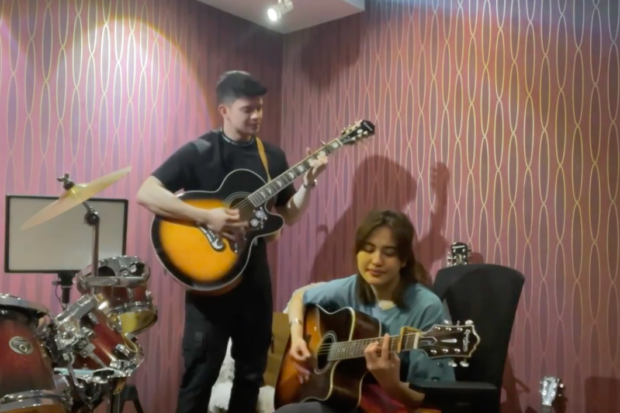 Rayver Cruz and Julie Anne San Jose have sent sparks flying as fans and fellow celebrities were left giddy over their recent jamming sessions where they sang acoustic song covers.

The actor showed himself and San Jose singing and playing the guitar to Tom Petty’s “Free Fallin'” while practicing for the singer’s “Limitless Live” concert, as seen on his Instagram page yesterday, April 4.

San Jose can be heard laughing with Cruz in the video while he called her his “teacher.”

For her part, San Jose gave a glimpse of her and Cruz’s jamming session where they sang Ed Sheeran’s “Photograph” via her Instagram page, also yesterday. Cruz is shown singing with her,  eventually forgetting the lyrics to the latter part of the song as he and San Jose laugh off the mistake. 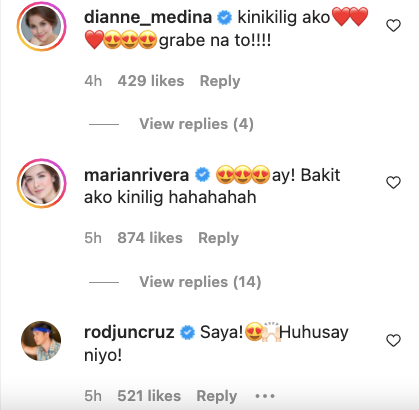 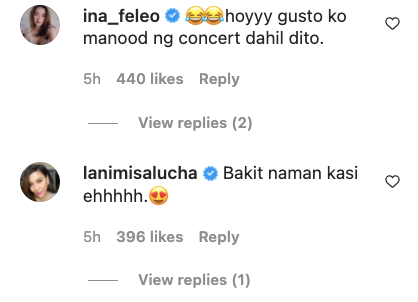 Speculations about the real score between Cruz and San Jose started circulating after the actor reportedly broke up with actress Janine Gutierrez in November last year.

No official statements were released by either Cruz or Gutierrez, though Cruz asserted last February that there was no third party involved in the split and  that he has moved on from the breakup.

Meanwhile, Cruz and San Jose exchanged Valentine’s Day greetings with each other last February, with San Jose admitting that she is close to Cruz. She stressed, though, that he is only a “good friend” who has a good working relationship with her.  /ra