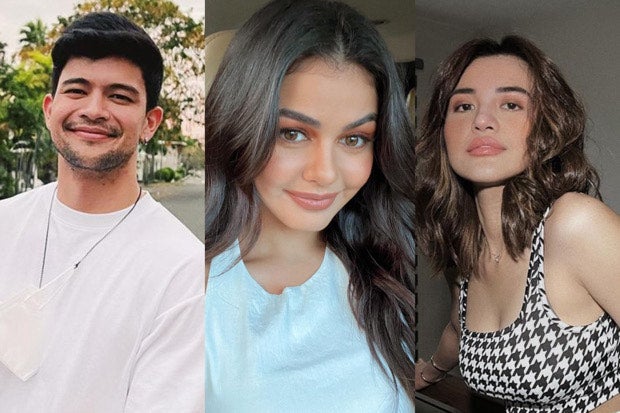 Gutierrez spoke about how she values Cruz’s happiness when asked for her reaction on his supposed new romance, in an exclusive interview with Philippine Entertainment Portal last Sunday, Feb. 27.

“Whatever makes him happy, I just want him happy always talaga (really),” she said. “I’m always gonna care about him.”

The actress stressed that while they are yet to see each other, she and Cruz are on good terms even after their breakup.

“I always wish him the best and I’m always rooting for him talaga (really),” Gutierrez told the publication.

Gutierrez was also asked if she really unfollowed San Jose on Instagram but the actress didn’t give an answer and instead just laughed it off.

Aside from her past relationship, Gutierrez also talked about the real score between her and fellow actor Paulo Avelino, following speculations that the two are getting closer to each other.

“We super get along with each other. We’ll see what will happen. Siya na lang tanungin ninyo, but I really enjoy spending time with him and talking to him,” she said.

She shared that even after their TV series “Marry Me, Marry You,” she’s been in touch with Avelino and their co-stars in the show Cherry Pie Picache, Edu Manzano and Adrian Lindayag.

Speculations that Gutierrez and Cruz have broken up started circulating in November last year but no official statements came from the two. Cruz also earlier asserted that there was no third party involved in their split, adding that he already moved on from the breakup.

Meanwhile, Avelino recently opened up on his possible romance with Gutierrez, revealing that he’s just waiting for the actress to be ready for him to court her. Anne Pasajol/JB

Janine Gutierrez laughs it off when asked ‘Pinagpalit ka ba?’