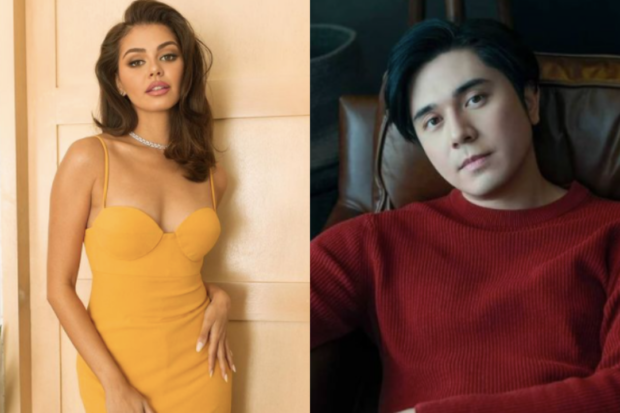 Paulo Avelino has revealed that he is just waiting for his fellow actor Janine Gutierrez to be ready for him to court her, years after they first went out on dates.

Avelino and Gutierrez talked about a possible romance between them in a virtual media conference for the TV series “Marry Me, Marry You,” shown on ABS-CBN’s YouTube channel yesterday, Jan. 4. They were asked if they would be the next to fall in love, after their co-stars Cherry Pie Picache and Edu Manzano confirmed their relationship last November.

(I just want to say that we are all jealous of Miss Pie and Sir Edu when we see them together. I’m just saying that nothing beats their sweetness.)

When it was pointed out to her that many viewers and fans were hoping that she and Avelino would become an item, Gutierrez just smiled and opted not to answer the question.

Meanwhile, Avelino admitted that he was only waiting for Gutierrez.

“Ako po, si Janine lang ‘yung hinihintay lagi. So tignan natin kung hindi kami masyadong busy this year. May sari-sarili naman kaming gagawin for this year,” he answered. (For me, I’m just waiting always for Janine. So let’s see if we’re not too busy this year. We will have our own things to do for this year.)

When asked if he had been leaving hints that he wanted to date Gutierrez and if the actress simply brushed him off, Avelino answered affirmatively.

Avelino earlier revealed that he and Gutierrez dated in the past. However, the actress described those times as just “hanging out.”

Gutierrez’s love life has had a lot of buzz this year, amid speculations that she was cheated on by her fellow actor Rayver Cruz. Neither Gutierrez nor Cruz has issued a statement on their breakup, though the actress recently laughed off questions about it.

Aside from Avelino and Gutierrez, “Marry Me, Marry You” also stars Jake Ejercito, Iana Bernardez, Teresa Loyzaga, Vina Morales and Sunshine Dizon. The series is set to have its finale soon.  /ra