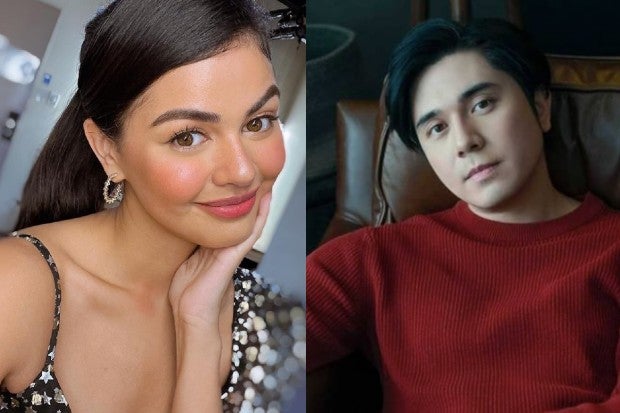 Janine Gutierrez feared it would be weird to see “Marry Me, Marry You” co-star Paulo Avelino again, years after going on a few dates with him.

She admitted this in an episode of the morning talk show “Magandang Buhay,” shown on ABS-CBN’s YouTube channel yesterday, Dec. 20. She was asked if it was awkward seeing and working with Avelino after dating him.

(We saw each other two years after dating to shoot a movie. It was the first time I saw him again. I was actually nervous to see him because I haven’t seen him for a long time, so what if it was weird? But it wasn’t. It was like nothing happened and we got to talking immediately. We clicked again.)

The actress said that two years after shooting the movie with Avelino, they both signed up to do “Marry Me, Marry You.” She added that it has always been a dream of hers to work with the actor, partly because she wanted to get to know him better.

(When we were making the movie, I was telling him that I hoped we’d make a television soap opera together so that we could bond more. I also really wanted to work with him on TV, especially when I became a Kapamilya because it was already my chance. I’m so happy and thankful that he agreed to do this show with me.)

When asked if Avelino gave her an explanation about their dating history after reuniting with him on lock-in tapings, Gutierrez said that there was nothing for him to explain.

There has been a lot of buzz on the actress’ love life this year, particularly after speculations that she was cheated on by fellow actor Rayver Cruz. While neither have issued a formal statement about their breakup, Gutierrez did recently laugh off questions concerning it. JB

Janine Gutierrez laughs it off when asked ‘Pinagpalit ka ba?’