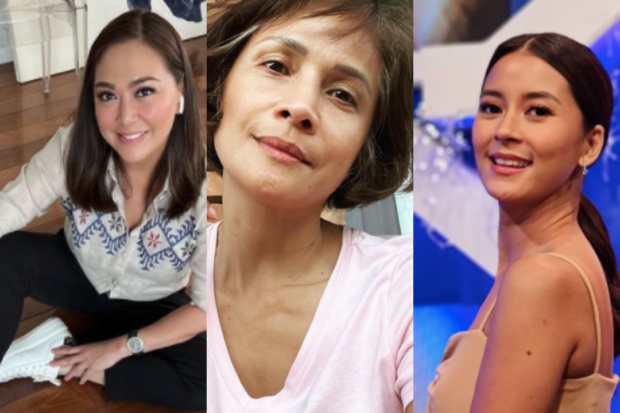 Karen Davila, Agot Isidro and Bianca Gonzalez are all saddened by the loss of ABS-CBN on free TV as it could have helped in a wider media coverage of the damages brought by super typhoon Odette.

ABS-CBN’s bid for a new franchise was not granted by Congress last year, after the House of Representatives voted in favor of denying it. Its old franchise expired last May 2020, forcing the network to shut down all its free television and radio programs, including regional stations across the country.

Isidro pointed out that the public is often focused on their TV sets or radios whenever there are disasters, and they are now missing ABS-CBN’s coverage, she stated on her Twitter page yesterday, Dec. 20.

“Kapag may mga disaster na ganito, tutok tayo sa balita sa TV or sa radyo. Ramdam ang pagkawala ng ABS-CBN ngayon (Whenever there are disasters like this, we focus on the news on TV and radio. The loss of ABS-CBN can be felt now),” she told fans.

She then addressed the congressmen who denied ABS-CBN’s franchise, saying they “did not help” with shutting down the network.

To the 70 congressmen and their puppet master. Hindi talaga kayo nakatulong.

Broadcaster Davila also expressed what “having ABS-CBN on free TV means to the public” by quoting a viewer’s sentiments during the typhoon on her Twitter page last Friday, Dec. 17.

“What having ABS-CBN on free TV means to the public. #TyphoonOdette,” she said. “Viewer: I just wanted to say I am feeling the loss of [ABS-CBN] on air. I feel helpless as I want to track the effects of the typhoon pero (but) no coverage. How sad because so many of my friends are affected.”

What having ABSCBN on free TV means to the public. #TyphoonOdette

VIEWER: I just wanted to say I am feeling the loss of abs on air. I feel helpless as I want to track the effects of the typhoon pero no coverage. How sad because so many of my friends are affected.

Gonzalez likewise believes ABS-CBN could have given more media coverage to typhoon Odette, so she found it difficult to move on from the franchise denial, as stated on her Instagram Story, also yesterday.

(Many are clamoring for widespread media coverage and relief. ABS-CBN Regional Network Group could have been a big help during these times. It’s easy to say we should “move on” from the franchise denial, but during these instances, you really can’t.) 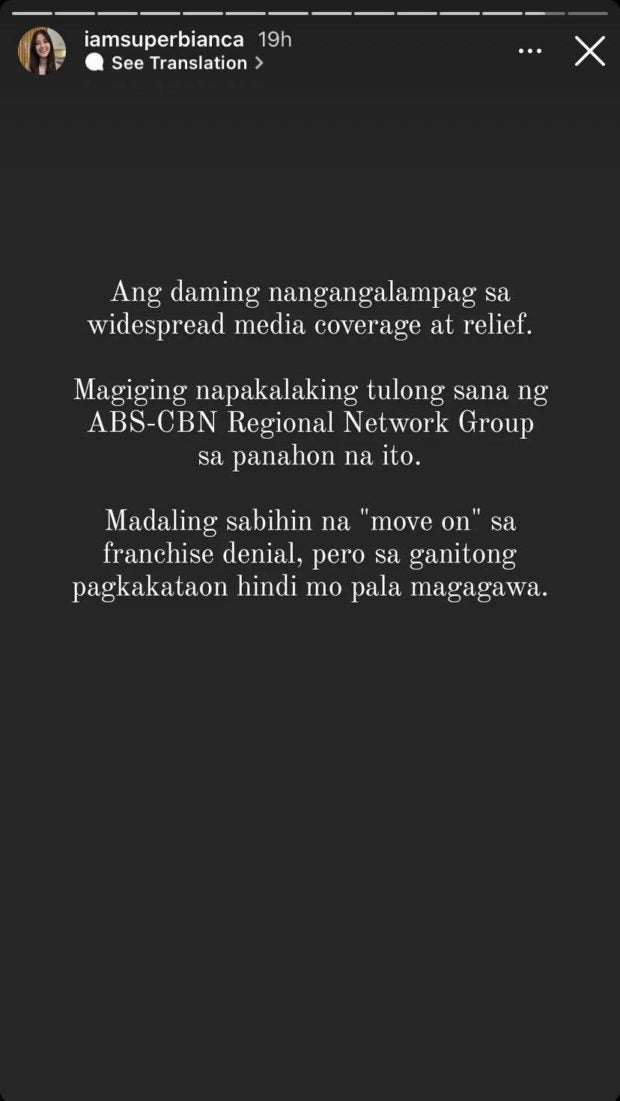 Super typhoon Odette made its first landfall in the country on Siargao Island last week. It had a total of nine landfalls before exiting the Philippine area of responsibility last Saturday, Dec. 18. According to authorities, at least 375 people were killed due to the typhoon and 56 are still missing as of this writing.  /ra