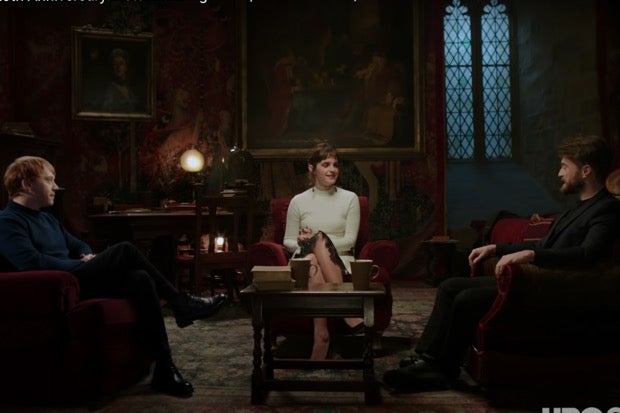 Assembled in Hogwart’s famous settings, the trio reflected on the time they spent as part of the “Harry Potter” cast.

“The thing that scared me the most was the implication that the most meaningful thing in our life was done, and there’s something so joyous about seeing everyone, and being like, ‘It wasn’t, though,’” Radcliffe said.

“It feels like no time has passed and loads of time has passed,” Watson said as she hugged Tom Felton, who portrayed Draco Malfoy in the film series, in what appears to be the Hogwart’s Great Hall.

Meanwhile, Grint regarded the reunion as the “perfect time to sit down with everyone and reminisce.”

The video also features Helena Bonham Carter, who talks about the highlights of portraying Bellatrix Lestrange, and Ralph Fiennes who shared his family’s reaction to him taking the role of Voldemort.

At the latter part of the trailer, a tearful Watson is also seen with Grint as they look back on their younger years, stressing the relationship they have created while filming the series.

“It’s a strong bond that we’ll always have. We’re family,” he said. “We will always be part of each other’s life.”