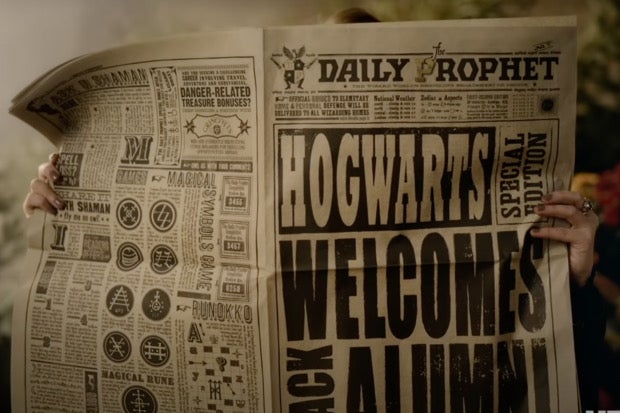 Good news to Harry Potter fans — “The invitation you’ve been waiting for has arrived,” as HBO Max has released the first look teaser of the upcoming “Harry Potter 20th Anniversary: Return to Hogwarts” special.

The short teaser begins with a woman holding a copy of the The Daily Prophet newspaper with the headline “Hogwarts Welcomes Back Alumni,” as seen on HBO Max YouTube page yesterday, Dec. 6.

“The retrospective special Harry Potter 20th Anniversary: Return to Hogwarts will tell an enchanting making-of story through all-new in-depth interviews and cast conversations, inviting fans on a magical first-person journey through one of the most beloved film franchises of all time,” HBO Max said.

“Harry Potter” series author J.K Rowling will also be featured in the archive footage but she will not be making a personal appearance on the show.

Rowling was accused of transphobia following her statement on the LGBTQ community, which also stirred opposing reactions from the film’s stars Radcliffe, Grint and Watson. JB