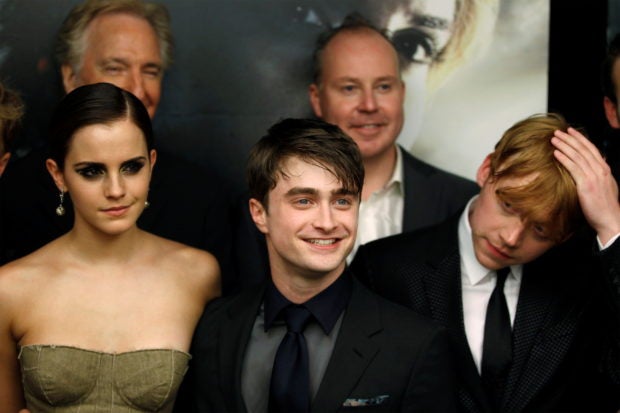 But “Harry Potter” author J.K. Rowling will not be among those making a personal appearance on the show.

The special will be broadcast on Jan 1 on streaming platform HBO Max. Warner Bros and HBO are owned by AT&T Inc.

The retrospective will see the cast return to the original Hogwarts boarding school sets that were featured in the first film “Harry Potter and the Sorcerer’s Stone” (“Philosopher’s Stone” in the U.K.) released in November 2001.

The film franchise based on Rowling’s stories about an orphaned boy with magical powers took in some $7.8 billion at the global box office.

Rowling’s name was not included in the announcement on Tuesday but she will feature in archive footage that will be shown in the special, a source familiar with the matter said.

Rowling’s opinions on transgender issues in the last year have been a cause of controversy, with some in the LGBTQ community accusing her of transphobia.

The TV special is one of several 20th anniversary events planned by Warner Bros, including a TV quiz contest for Potter fans hosted by Helen Mirren, which will include cameo appearances by some of the cast and celebrity fans including comedians Pete Davidson and Jay Leno.

Read Next
Vanessa Hudgens on bringing ‘Tick, Tick…Boom!’ to the screen and why she needs to visit PH soon
EDITORS' PICK
National COVID-19 vaccination drive gets over 5.3 million people vaxxed so far
This new condo in the South will make you want to turn a new leaf
Pandemic prognosis: Where does it go from here?
Google won’t accept election ads for 2022 national polls
Legarda: Ending Violence Against Women, a cause for all
Smart offers wireless fiber-like speeds to Filipino homes with country’s first 5G Prepaid Home WiFi
MOST READ
Bongbong Marcos to face another disqualification case
Christine Bersola, Julius Babao cleared of cancer after colonoscopy, endoscopy
A Merry Bongbong
Pandemic prognosis: Where does it go from here?
Don't miss out on the latest news and information.