Vanessa Hudgens on bringing ‘Tick, Tick...Boom!’ to the screen and why she needs to visit PH soon | Inquirer Entertainment
Close
menu
search

Vanessa Hudgens on bringing ‘Tick, Tick…Boom!’ to the screen and why she needs to visit PH soon 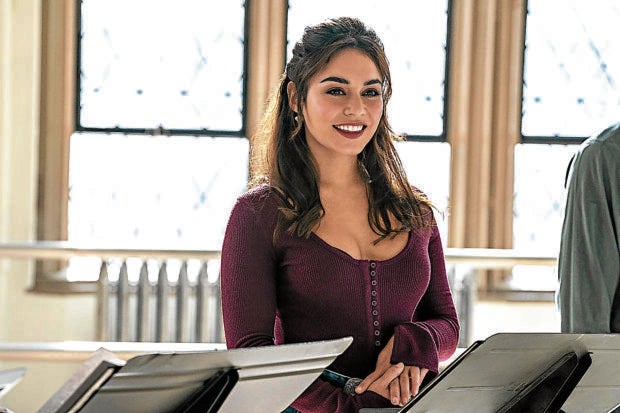 If we go by the rave reviews the stage-to-screen musical “Tick, Tick…Boom!” is generating, debuting feature-film director Lin-Manuel Miranda, lead actor Andrew Garfield and his costars Alexandra Shipp and Vanessa Hudgens could be on their way to the Oscars—with good reason.

If Andrew wins the best actor prize at the Academy Awards on March 27 next year, he would be the first lead actor from a musical—after Rex Harrison in 1964’s “My Fair Lady”—to win the coveted golden statuette in 57 years!

The autobiographical film, which premieres on Netflix this Friday, astutely channels the bohemian life and never-say-die spirit of theater composer Jonathan Larson (“Rent”) in many moving and celebratory ways. It’s a glowing tribute to the magic and spellbinding allure of the creative process.

Set against the AIDS (acquired immunodeficiency syndrome) crisis in the artistic community in the early ’90s, “Tick, Tick…Boom!” follows aspiring composer Jon (Andrew) as he tries to “keep it together” during what almost seems like an existential crisis just before he turns 30—an approaching milestone that weighs heavily on him.

As Jon irons out the kinks of his long-gestating sci-fi musical, the dystopian satire “Superbia,” before its workshop production bows to a live audience, he worries that he may have chosen the wrong career path to pursue because, as he rationalizes, even Paul McCartney and Stephen Sondheim had already made their mark in their 20s.

While Jon spends much of his waking hours with the play and his company of actors, including Karessa Johnson (Vanessa), his put-upon dancer girlfriend Susan (Alexandra) gets increasingly frustrated as Jon ignores everything and everyone else around him.

Susan plans to turn her back on the Big Apple to start a more stable career as a performing arts teacher. While she wants an artistic life beyond New York, Jon’s gay best friend Michael (Robin de Jesus) has likewise moved on to a life of financial security in advertising. 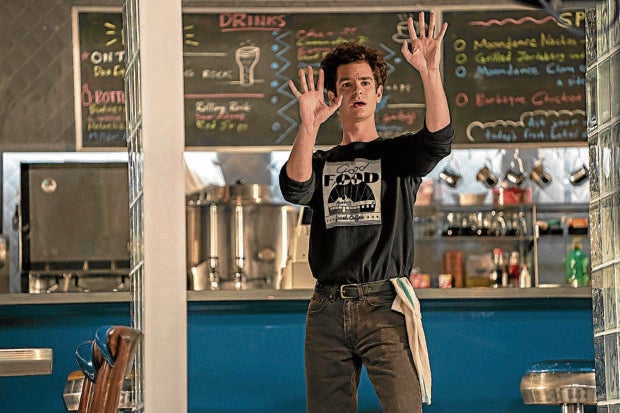 Jonathan’s story is snug fit for the big screen: In 1990, he waited tables at a New York City diner while writing what he hoped would be the next great American musical. While finishing the one-man show “Tick, Tick…Boom!,” he was also working on the smash rock opera “Rent.” In the morning of “Rent’s” off-Broadway preview in 1996, however, Jonathan passed away due to an aortic aneurysm.

The big-screen iteration of “Tick, Tick…Boom!,” which has an 89-percent approval rating on Rotten Tomatoes, is being described by critics as “stunning” (Variety), “heart-filling” (USA Today) and a “fluid and unfussy blend of theatrical and cinematic forms” (Los Angeles Times).

So, when we spoke to Vanessa over Zoom for this one-on-one interview last Friday, we asked the 32-year-old Filipino-American actress (“High School Musical”) if she felt they were doing something special when they were shooting the film.

“I am such a big fan of Jonathan Larson and the legacy he left behind. To do this screen version alongside Lin-Manuel, Andrew and its entire cast was truly memorable for me,” she said. “Honestly, we all knew that we were doing something really special at a time when we needed it!

“As we all know, so many artists could not do what they loved during the pandemic, and we were the lucky ones who, with the guidelines of the safety protocols, could do this and share its story. 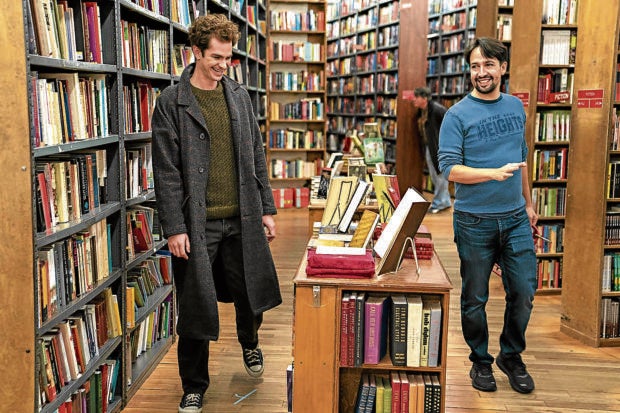 “And even though Jonathan wrote it in the ’90s, ‘Tick, Tick…Boom!’ has remained very relevant to this day … to the point where I’ve gotten one of the lyrics tattooed onto my arm after we did the film (laughs)! It just felt so special and magical throughout the entire duration of filming.”

Our Q&A with Vanessa:

You’ve acted in a lot of musicals, including lead roles in Jonathan’s “Rent” and Lin-Manuel’s “In The Heights.” In your view, what sets their musicals apart from others?

Jonathan was a trailblazer. He wanted to make musicals for the MTV generation. As a struggling artist in the ’90s, he wrote about what was happening around him and his group of friends in the midst of the AIDS crisis, and how that affected the queer community.

The LGBTQ community was everything to him, so he put their stories at the front and center of all work, especially at a time when that was not accepted. He fought for what he knew was right and what he believed in—and he wasn’t going to let anyone stop him! And that is just so pure, so honest, and so beautiful.

And now, we have Lin-Manuel Miranda, who is kind of our modern-day Jonathan Larson! For him to direct this film. It just feels like all the stars aligned to make that happen.

In the three-hander version of the musical, your character Karessa was just one of the characters portrayed by the actor who plays Susan. But you managed to transcend that limitation. How did you create her backstory and turn her into flesh and blood?

With a little help from my friends (laughs). Lin and I sat down and talked about who she was, who she was to Jonathan, how she is as another actress who’s just doing what she loves and why she’s always ready to support her friends. And it is very relatable to me.

I love my theater community, and to watch Andrew on the stage as Jonathan and me as both Vanessa and Karessa being there to support him, my gosh, that’s easy! More than that, I also get to sing and dance as well. I had the time of my life! It was just food for my soul.

What was it like working with Andrew and seeing him turn in a truly transformative portrayal?

Oh, yeah, it was special. I came in for a reading … a workshop … of the movie early on. It was just really admirable watching him and seeing his growth from where he started to this magical piece of art that we have called “Tick, Tick…Boom!”

Seeing him bring Jonathan to life was just bewildering to me at times, because Andrew would show up to set one day and he’d be doing a new thing with his hand. And I’d say, “Jonathan is in you today, isn’t he (laughs)?”

I was like, “You do know you’re doing that … because it’s Jonathan, right?” It got to a point where I would be at midconversation with Andrew and I’d be like, “Oh, Jon … I mean, Andrew (laughs)!” He just totally transformed. Which was just magical to witness—as a fan and as a friend.

You were an overachieving teen, given the phenomenal success of “High School Musical.” But I think it’s safe to say that, like Jon and his best friend Michael, so many artists question their career choice at some point in their lives. Did you go through something similar, because it’s very hard for artists to consistently thrive in an industry where nothing is guaranteed?

I am so blessed and fortunate to have had success at such an early age. But that didn’t come overnight. You know, I started doing musical theater when I was 7 years old and things were snowballing.

I was auditioning for TV shows and movies and there were a lot of rejections. I don’t know where I got it from, but I always told myself, “It’s OK because the next thing that will come along will be bigger and better!”

And here I am, and I am still as in love with what I do as I was when I was a little girl. And it’s the thing that I plan on doing till the day I die! I love it so much. I will never jump ship (laughs).

You probably got your never-say-die grit from your Filipino blood, right?

Well, if you met my mother, it would all make sense (laughs)!

Speaking of your mom (Gina Guangco of Manila) and your Filipino roots, do you remember the last time you were in the Philippines?

Oh, I’ve actually never been to the Philippines … yet. My mom came to the United States with my father when she was 24. She didn’t have any friends in the States, and she just started a brand-new life for herself with my dad.

And she didn’t go back for 30 years, I think. It wasn’t just hard for her to go back and reconnect with her family, she also didn’t want to be hit in the face again with the poverty that she grew up with.

She finally did go back, however—and I wanted to go with her so badly, but I was in Italy working at the time. So that wasn’t going to work.

But going to the Philippines is on the top of my list because I feel like I don’t really fully know myself yet because I’ve never even gotten to experience my heritage! INQ