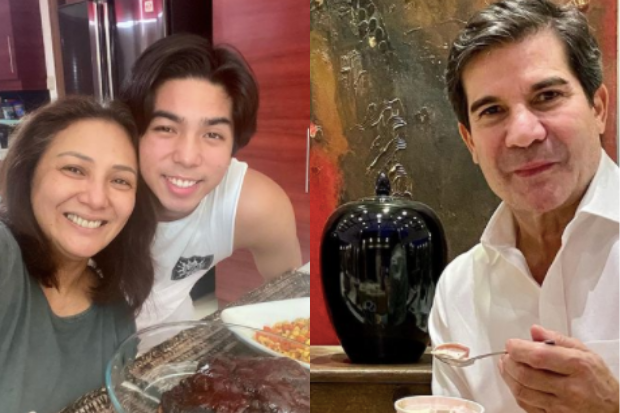 Cherry Pie Picache’s son Nio Tria has shown support for his mother’s relationship with her fellow actor Edu Manzano, saying he would not disapprove if ever his mother should decide getting married to Manzano in the future.

The young actor expressed his approval of a possible marriage in the “Saying Goodbye” virtual media conference via ABS-CBN’s YouTube channel yesterday, Dec. 20. He was asked if it was okay for him if Manzano becomes his stepfather.

“I think it’s their decision. I support my mom and I respect her decisions. If ever in the future, they would want to get married, I would accept it because I trust my mom’s decision,” he answered.

When asked how well he knows Manzano now that he is Picache’s boyfriend, Tria said that he started getting to know Manzano quite well.

“Of course I know him as an actor and as an artist. Kilalang-kilala siya (He’s well-known). He’s a very famous actor,” he said. “Now I am starting to get to know him as well. We’d have lunch, we’d have dinner sometimes with my mom.”

Meanwhile, Tria is only getting to know Manzano’s son Luis, and he admitted that he was still feeling shy around Luis.

“First time namin mag-meet [ni Kuya Luis] today. I met him before kasi (because) my mom guested sa ‘Deal or No Deal’ which he was hosting siguro (maybe) around five or six years ago,” he recalled. “Now is the only time that I get to meet him again.”

Manzano confirmed his relationship with Picache in a conversation with TV5 broadcaster Cheryl Cosim last Nov. 19.

Tria first expressed support for Manzano and Picache’s relationship in a “Kapamilya Chat” episode earlier this month. He added that he was happy for his mother and that he respects her choices as a grown woman.

He also admitted that he was not surprised when Manzano confirmed his relationship with Picache since the actor had been visiting his mother for some time before their revelation.