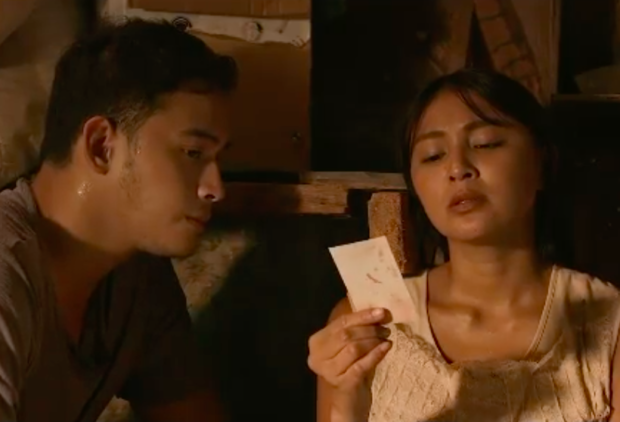 Nadine Lustre is set to be seen in intense scenes with Diego Loyzaga as the actress marks her movie comeback with the Viva film “Greed.”

The film’s director, Yam Laranas, released the official teaser for “Greed” on his Instagram page today, Feb. 9. The teaser features Lustre and Loyzaga–who play a couple in the film–marking the dates on their calendar and looking at a lotto ticket.

Lustre can then be seen jumping with joy as they appeared to have hit the jackpot at the lottery. The pair, however, got into an apparent altercation as Lustre wore bloody and torn clothes while she repeatedly hit another person.

Aside from Lustre and Loyzaga, “Greed” will also star actor Epy Quizon. Laranas first teased the film in October last year by showing a virtual script reading where the three actors were in attendance.

“Greed” marks Lustre’s return to movie since she starred in the 2019 film “Indak” with Sam Concepcion. It is also her first movie since she attempted to part ways with Viva Artists Agency (VAA) last 2020.

The actress was sued by the agency in 2020 for allegedly breaching her exclusive contract, which is supposed to end in 2029. Lustre and VAA have since settled their legal dispute, with Lustre retaining her rights to decide on matters related to her “branding and image.”

“Greed” is expected to be released via the streaming service Vivamax. A release date for the film is yet to be announced.  /ra