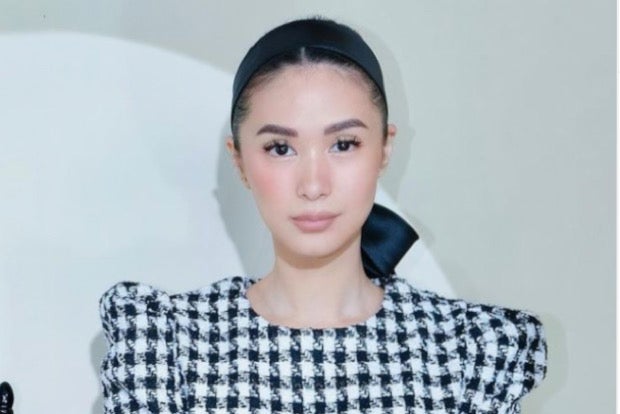 Heart Evangelista is seemingly considering her retirement from doing soap operas, noting how she feels like it’s time for her to already “graduate.”

Evangelista spoke about how she loves acting and how she would miss it while sharing a report about her supposed soap opera retirement, as per her Twitter page yesterday, Feb. 5.

“Acting will always be a first love but for soap operas maybe it’s time for me to graduate. I’ll miss it very much,” she said.

Evangelista then expressed how she looks forward to the “next chapter” of her career, in a separate post also yesterday.

The actress stars in GMA Network’s teleserye “I Left My Heart in Sorsogon,” alongside Richard Yap and Paolo Contis. The TV series is set to air its finale episode next week.

Meanwhile, Evangelista previously auditioned for the role of Araminta Lee in the 2018 film “Crazy Rich Asians,” with author Kevin Kwan recently revealing that he requested to get Evangelista audition for the film. Though she did not make it into the movie, Evangelista has no hard feelings as she and Kwan eventually became friends.