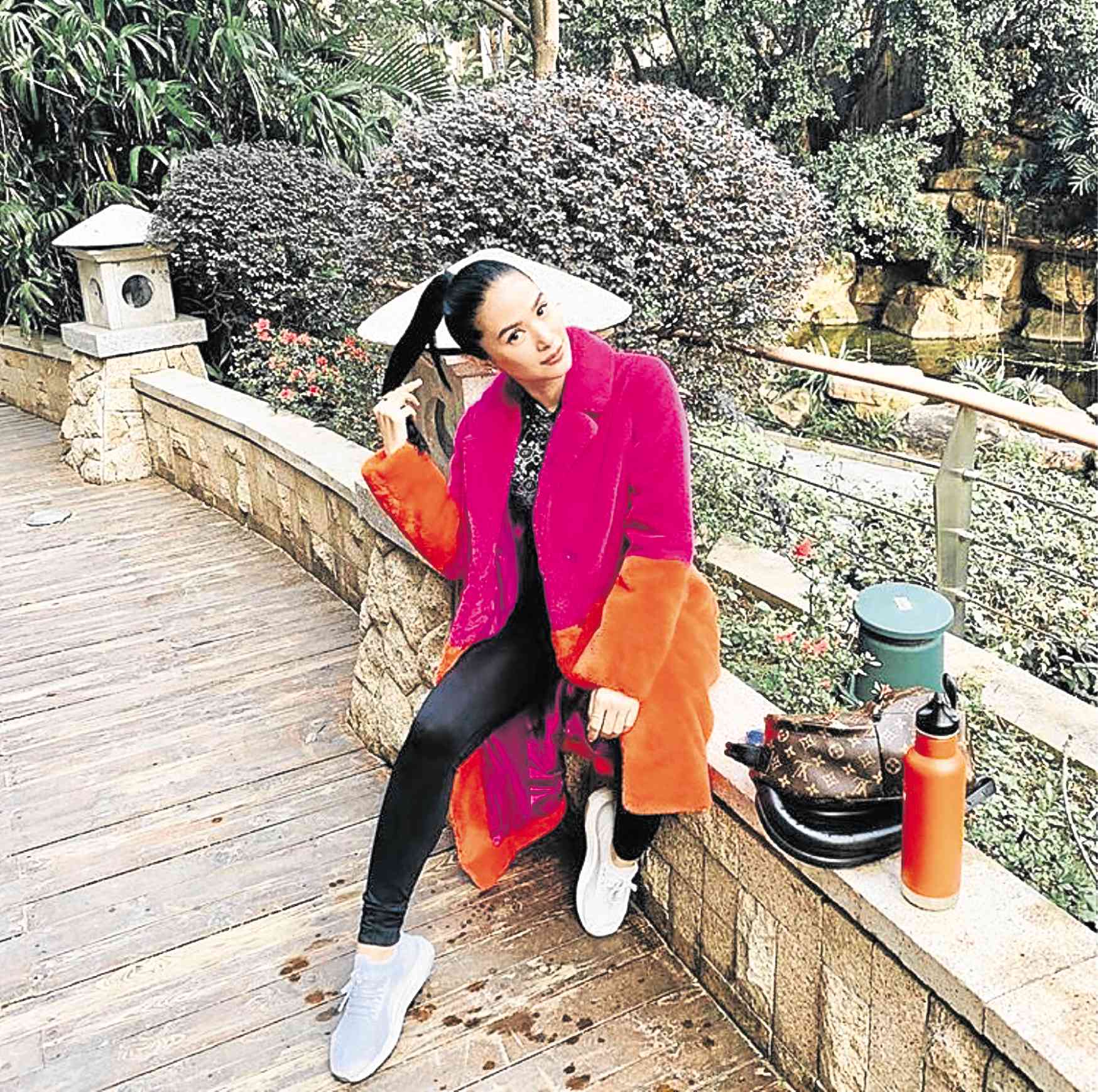 Despite earlier reports that the team behind the blockbuster rom-com flick “Crazy Rich Asians” wouldn’t even start filming the sequel until 2020, many Filipino fans online couldn’t help but speculate that Heart Evangelista, who has been in China since the start of the year, must be doing something related to the movie.

In a recent post on Twitter, however, the actress-host finally denied the rumors. “For those of you asking, I’m not in China to film ‘Crazy Rich,’” she wrote.

Much of the talk about Heart’s supposed inclusion in the sequel stems from the actress’ friendship with Kevin Kwan, who wrote the popular book on which the film is based. Kevin also had Heart in a Harper’s Bazaar video feature on “real crazy rich Asians.”

Meanwhile, in an interview with a small group of reporters last December, Heart said that though she feels flattered that there are people who seem to think that she would be perfect for the movie, “I’m not sure if I’m doing one with them.”

“I’m very good friends with Kevin Kwan. So, by just doing Harper’s Bazaar, doors opened for me in other countries. But I don’t really know what to say about that,” she said.

Heart is currently in China “for something else,” but wouldn’t reveal exactly what for, just yet.

“I will be doing lots of things abroad,” Heart said in the same interview, perhaps alluding to her current project. “I wish I could say. But based on my personal experience, when something amazing is about to happen and I say it out loud, the bad spirit comes and takes it away!”

“So, I’m going to do my own thing in my little corner of the world and work hard and prepare for dreams that are bound to come true,” Heart added. —ALLAN POLICARPIO