Row over ‘machismo’ in song by Brazil icon Chico Buarque 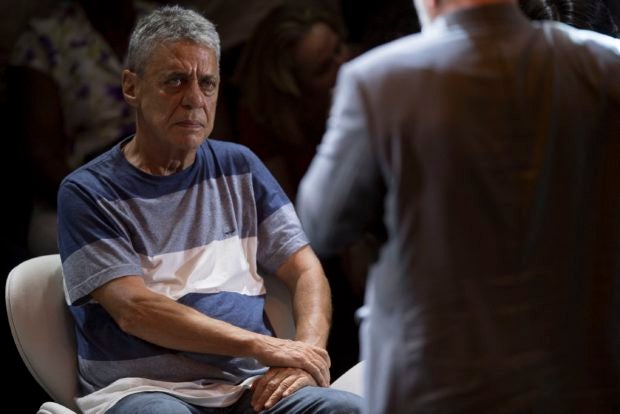 In 1966, the late bossa nova singer Nara Leao asked Brazilian music icon Chico Buarque to write her a song about a long-suffering woman waiting on her man.

Fifty-six years later, the widely loved song, “Com Acucar, Com Afeto” (With Sugar and Affection), is at the center of a firestorm in Brazil after Buarque said he had decided to stop singing it over criticism of machismo in its lyrics.

“The feminists are right,” Buarque said in a documentary series on Leao’s life that debuted on Jan. 7 on Brazilian streaming platform Globoplay.

“I’m always going to agree with the feminists,” added the singer, now a 77-year-old living legend of Brazilian popular music.

That triggered a tempest over “cancel culture,” political correctness and feminism in a Brazil that is deeply divided heading into elections in October that will decide whether polemical far-right President Jair Bolsonaro gets a new term.

“This has reached the height of craziness! All because of the Feminists. CRAZINESS!” read one typical reaction on Twitter.

“That took a long time, didn’t it?” went a typical reaction from the opposite camp. “I always hated that shitty machismo-filled song. I think people who romanticize it are bizarre.”

The song is written from the perspective of a woman who has prepared her man’s “favorite sweet, with sugar and affection,” but is stuck waiting for him to come home while he is out carousing at bars and ogling other women.

Despite it all, when he finally gets home, she sings, “I’ll warm up your favorite dish… and open my arms for you.”

“You have to understand that in those days, it never crossed our minds that that was a form of oppression, that women shouldn’t be treated like that,” said Buarque, an adored singer-songwriter known for his satin voice, blue-green eyes, heartthrob smile and a storied career spanning six decades.

“I’m not going to sing ‘With Sugar and Affection’ anymore, and if Nara were here, I’m sure she wouldn’t sing it either,” added Buarque, whose repertoire includes numerous songs written from a woman’s perspective.

Leao, who died in 1989 at age 47, is considered one of the founders of bossa nova, the silky smooth musical genre that evolved from the Brazilian samba in 1950s Rio de Janeiro.

Buarque said she had asked him for a “suffering woman’s song.” He complied, and went on to sing it himself, as well.

But some commentators pointed out Buarque had not sung the song live since at least the 1980s, dismissing the row that erupted in the media, on social networks and in cultural circles as a trumped-up controversy.

“We need to pay attention to the fact that this episode was used to rail against feminism and social movements, supposedly responsible for censoring artistic creations and impose political correctness,” columnist Amara Moira wrote on the website BuzzFeed. “None of that actually happened. But in these times of fake news and hair-trigger reactions, it hardly matters.”

Whether the song and surrounding controversy are ancient history or not, they gave rise to a new musical creation this week.

In their version, it is the female protagonist who goes out for a night on the town, then comes home to her crying man, who warms up her favorite dish. JB