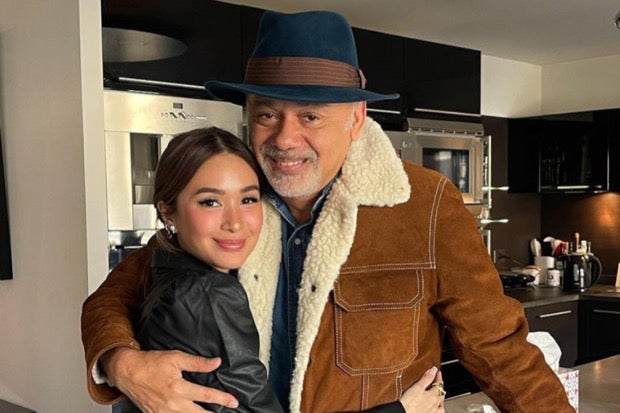 Heart Evangelista was visited by French fashion designer Christian Louboutin in Paris, during her stay there for Paris Fashion Week.

Evangelista gave fans a glimpse of her reunion with the designer on her Instagram page yesterday, Jan. 30. Evangelista can be seen hugging Louboutin, who she referred to as her friend.

“Mon ami (My friend) [Christian Louboutin] visiting me at my apartment with chocolates and coffee. Lovely morning from Paris,” she said.

Meanwhile, in a separate post today, Jan. 31, Evangelista told fans how she was amazed by them, after a pair of sunglasses she wore with one of her outfits during Paris Fashion Week quickly sold out.

“I was surprised to know that these [Yves Saint Laurent] sunnies are now sold out because a lot of you already copped it in just a flash! You never really fail to amaze me, my loves,” she stated.

Evangelista marked her Paris trip as her first solo travel as an “independent woman.” She also recently visited one of the locations of the comedy series “Emily in Paris.” JB