Emma Watson on 'Return to Hogwarts' photo mistake with Emma Roberts: 'I was NOT this cute' | Inquirer Entertainment
Close
menu
search

Emma Watson on ‘Return to Hogwarts’ photo mistake with Emma Roberts: ‘I was NOT this cute’ 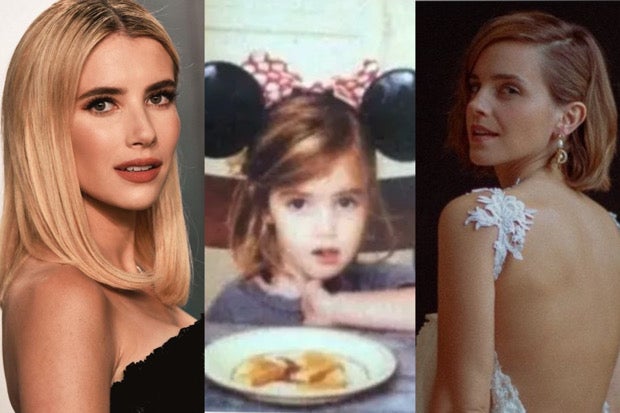 Emma Watson is not one to make a big deal out of the “editing mistake” on the retrospective special “Harry Potter 20th Anniversary: Return to Hogwarts,” where Emma Roberts’ childhood photo was used instead of hers.

Watson addressed the photo error, days after the producers of the special owned up to the “mislabeled photograph,” as seen on her Instagram page today, Jan. 6.

“I was NOT this cute,” she said while showing the childhood photo of Roberts with Minnie Mouse ears, which was also the one used in the special.

The British actress even mentioned the American actress while using the hashtag “#emmasistersforever.”

Roberts, in response, laughed at Watson’s reaction. She re-shared Watson’s post in her Instagram Stories, saying, “Haha! I don’t believe that! @emmawatson,” and punctuated it with kisses and women with bunny ears emoji. She also apparently saw “Harry Potter and the Deathly Hallows Part 2” in 3D ten years ago, tweeting back in July 8, 2011 that she enjoyed the movie and found it “amazing.”

Saw Harry Potter last night! Was AMAZING! Although I will never get used to 3D glasses #headache #epicmovie

The producers of the show addressed the mistake after eagle-eyed fans pointed out that the child in the photo was actually Roberts and not Watson. The producers then issued a statement, saying that a new version, with the right photo, will be released shortly. JB